I got really lucky this weekend on my outing into the South Calaveras Grove.

My goal was to get to the farthest areas of the South Grove and see the Portals, Goliath, and the Smith Cabin trees. For this sequoia hunt, I borrowed a folding bike from my pop so as to not have to walk so far. I planned on bicycling uphill for five or six miles on fire roads, then caching the bicycle off the side of the trail and walking the last half to three quarters of a mile through the woods to get to the trees I was looking for.

When I got there, I realized I was in no way qualified for the 1,000-foot gain I had to do on the bike on dirt and gravel roads, and I should have practiced riding the bike uphill before I fixed on this particular plan. I was struggling to even do some of the lighter uphill sections on the poor surface of the road. Fortunately for me, a lumbering crew happened to be up there working just past where I needed to go. A friendly crew member with a pickup truck saw me and we struck up a conversation. Also fortunately, he was a sequoia fan and interested in the notable trees in the area.

After talking with him about trees for a few minutes, I told him about my goal. He asked for a look at my map. After seeing my intended route, he told me that although he wasn't there to give people rides, I should toss my bike in the back of the truck and he would take me up the hill to where I needed to start my hike. I eagerly accepted!

He dropped me off at the trail's highest elevation, where I ditched the bike in a small hollow about fifty feet off the road, then started walking.

I reached the Portals, which would be the first trees you'd see as you enter the grove from that direction--not that anyone does that anymore. Then I found Goliath, the tree that caused Alexander Jackson "Trapper" Smith to think he was experiencing an earthquake when it fell in the middle of a storm. From there I went to the next in line, his Smith Cabin Tree. I got pictures and some measurements on the Smith Cabin and Goliath, though not enough to do proper volume calculations on the Smith Cabin Tree. Will have to do that next time, as it looked worthy.

On the walk back to where I had stashed the bike, I was thinking how this had been a highly successful trip, made even better than expected since I didn’t have to ride the bike uphill to get into the area in the first place. The way out was still over  rough, gravelly roads ... but at least they were mostly downhill.

I've gotta say, I'm eager to give the bike back to my pop. I think I'll plan on just working with my feet on the steep ones from now on! I am so thankful for my timely coincidental meeting with a friendly trail crew member who was also a sequoia fan. 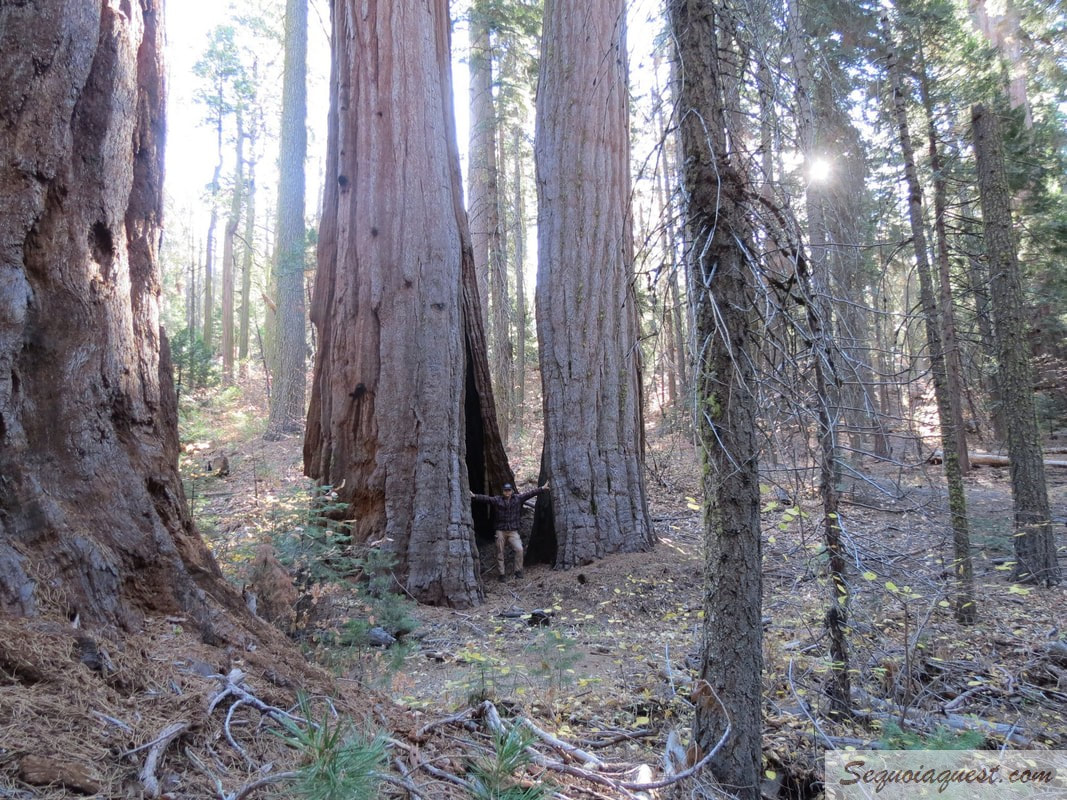 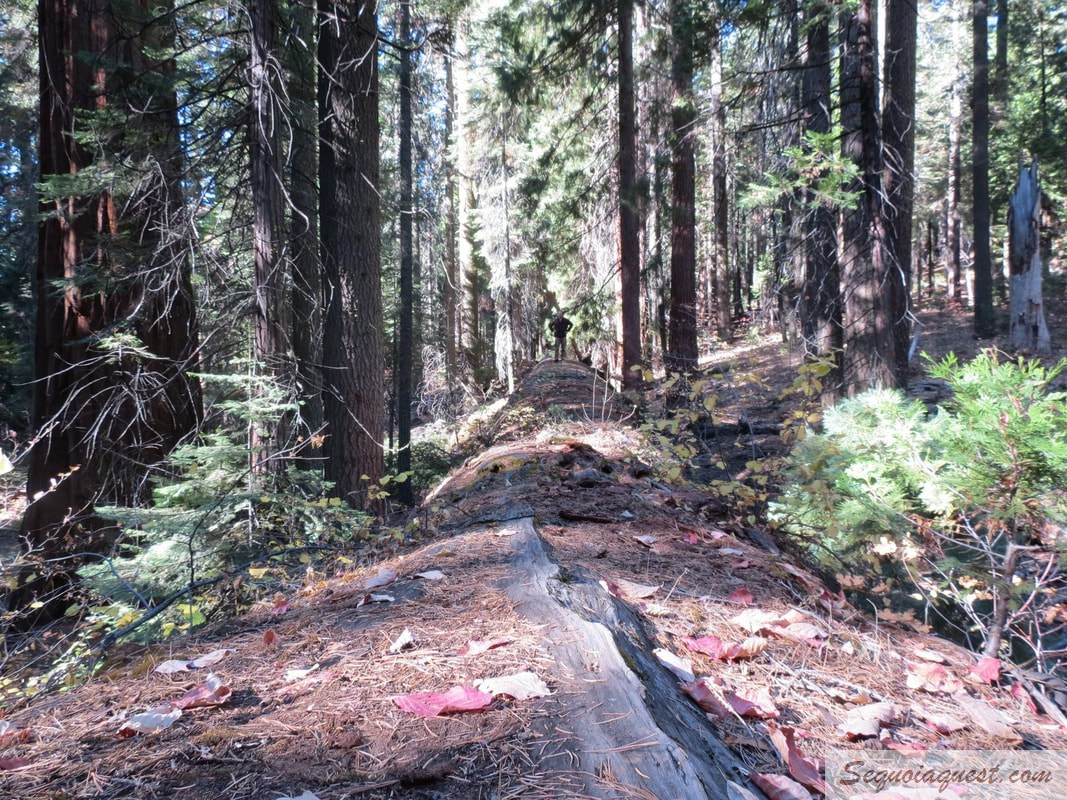 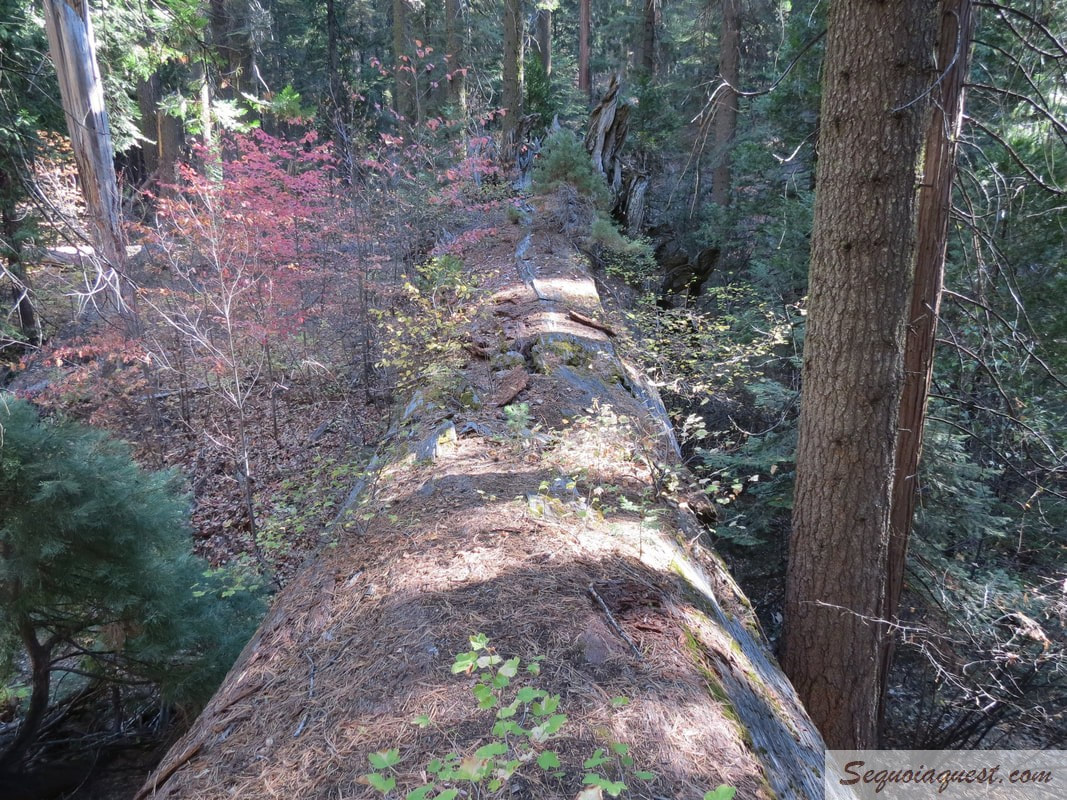