A view of Buck Rock from Bearskin Grove

Memorial Day weekend my wife and I enjoyed a nice trip up to the Kings Canyon area. We spent part of my trip going to Bearskin Grove, which we had not yet visited. It's a small grove, but we both thought it was very nice and it is equipped with a better-than-average percentage of larger-sized Giant Sequoias.

We walked the old dirt roads through the west and east sections. In the west section of the grove I found two trees that seemed to have large volumes, so I measured them. In the east section I also found one that I felt the need to measure. I got a volume of  29K, height of 243 feet, and base periphery of 78 feet on the ground on the largest one in the west section. The second largest in that section, the Bearskin Giant, i found to be approximate 19K volume, 204 feet height, and a massive 90 feet around the base, not including a root extension that stuck out another dozen feet. It was on a very steep slope. The one in the east section I measured was approximately 21K volume, 238 feet tall, and 77 feet around the circumference of its base.

The grove was very scenic, and visibility of the trees from the road is excellent due to the recent logging in the area.
Below are pics of some of the trees in Bearskin Grove. 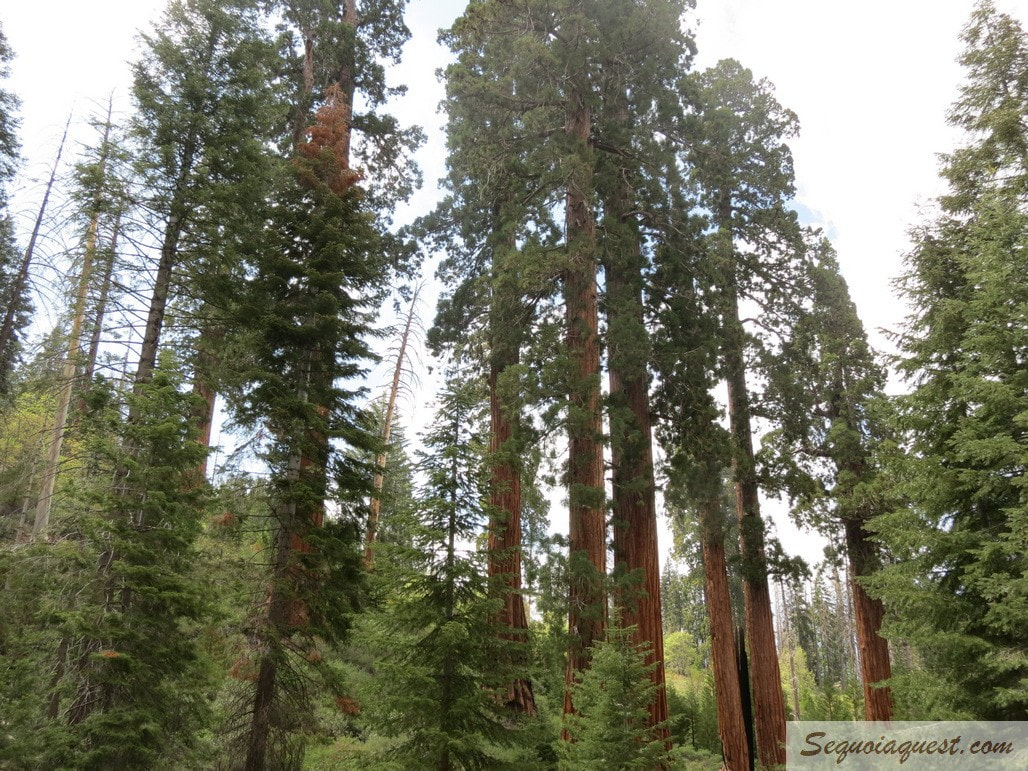 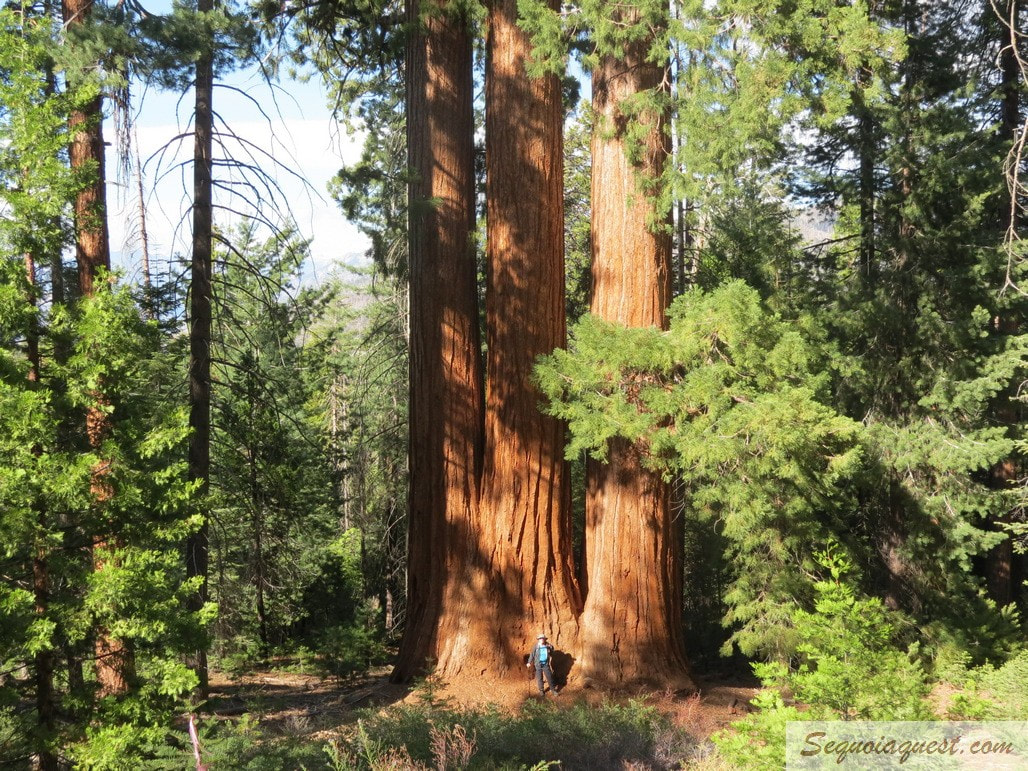 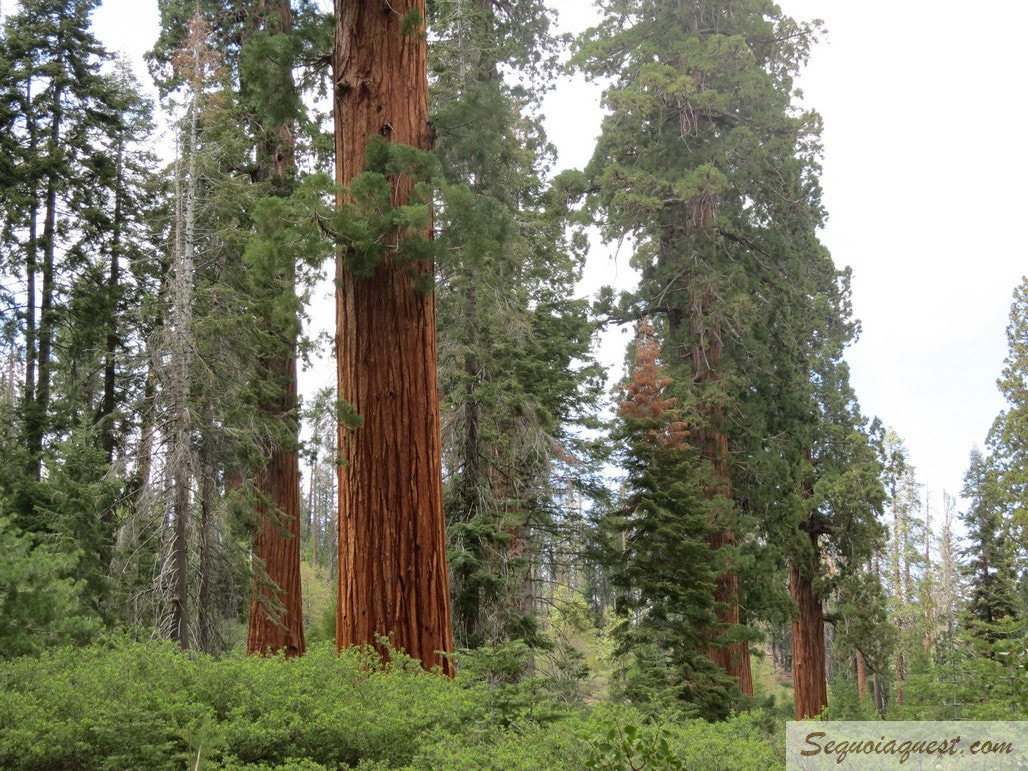 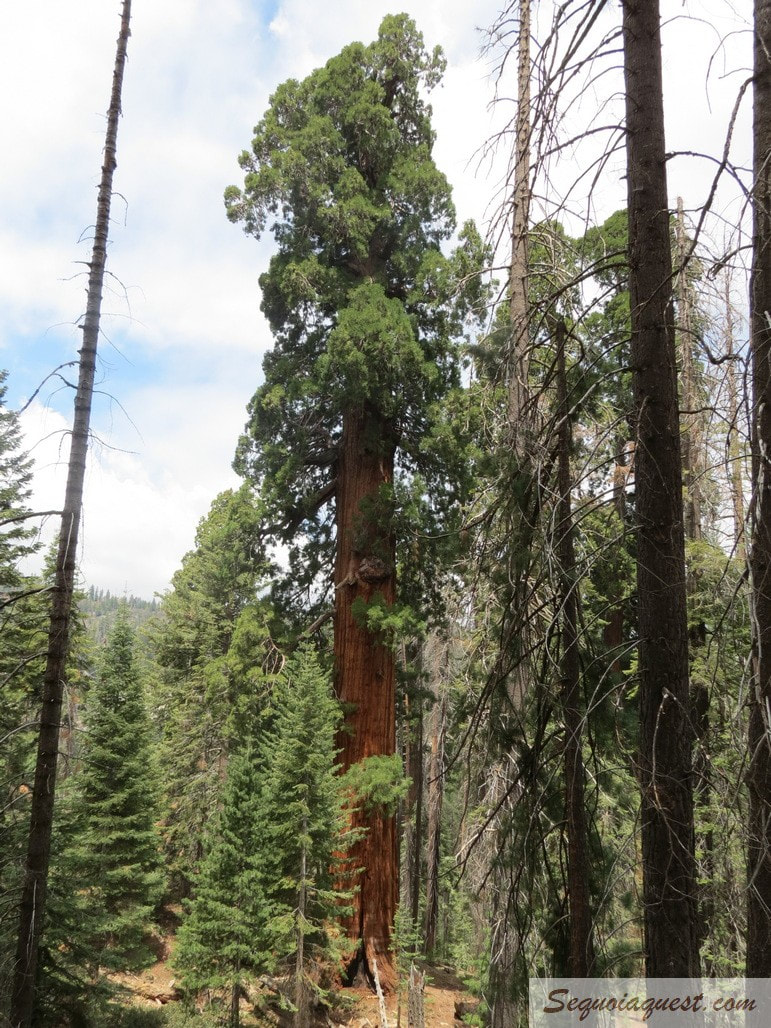 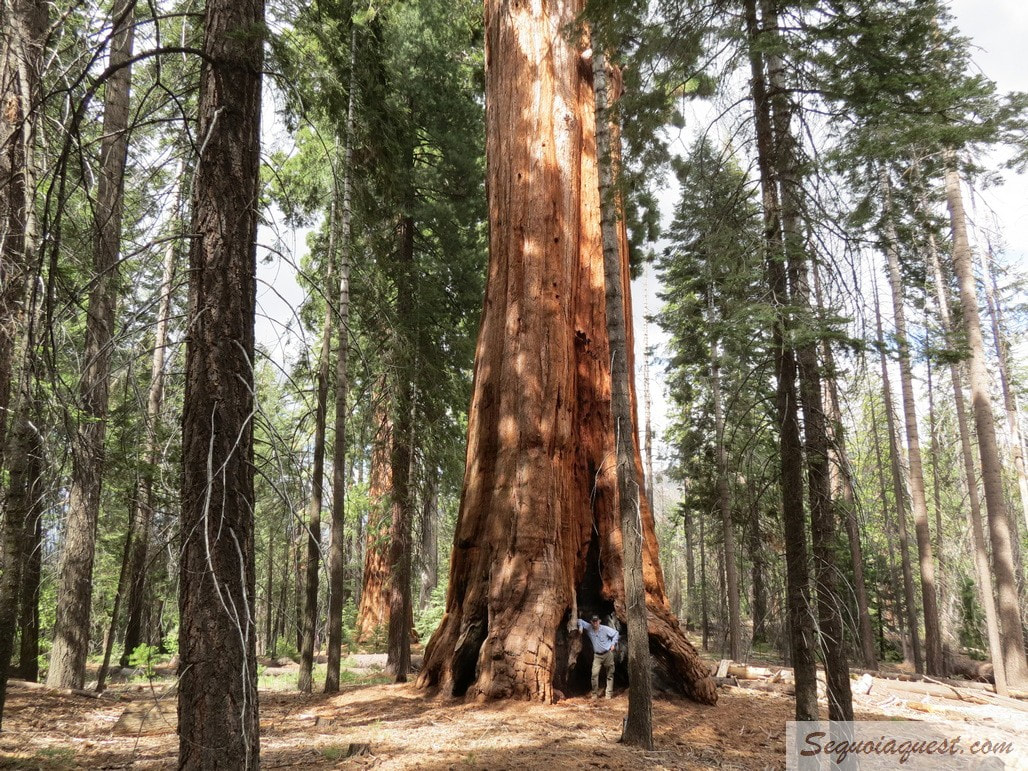 I also explored Little Boulder Grove a bit and managed to find the tree that Wendell Flint referred to as a large one in the southeast corner of the grove. After measuring it I came up with a volume of  approximately 22K cubic feet, max height of  247 feet, and periphery of 86 feet on the ground. It is in the bottom of the stream bed flowing through the center of the grove and enfolds a small nursery of young sequoias within the encirclement of its roots. On the opposite side of the stream bed is a younger leaner sequoia that doesn't quite touch boles with it, however may someday.
Below: Little Boulder Grove second largest tree I have measured 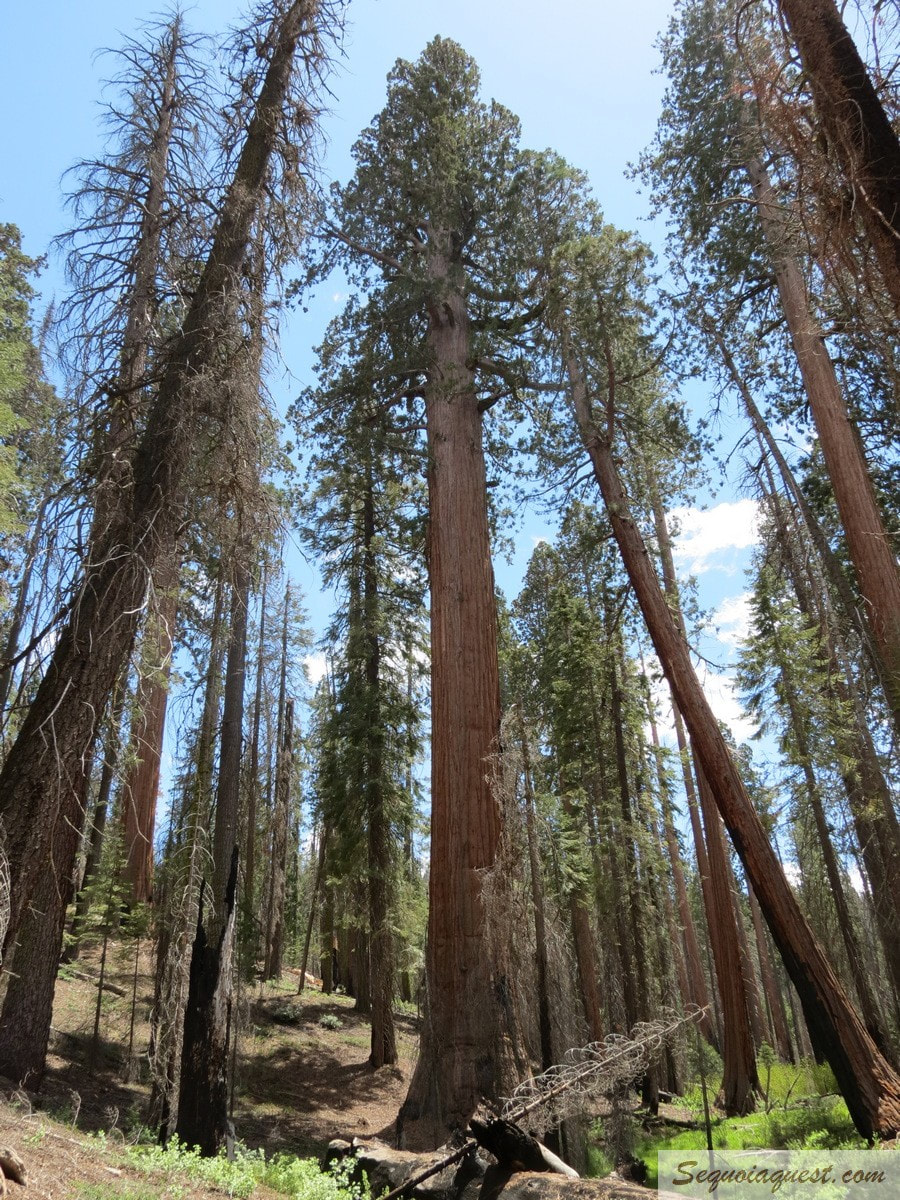