Sequoia Quest
The Ishi Giant was at #14 on Flint's Largest Sequoias list. This tree was badly damaged in the Rough Fire of 2015, and since then it has lost many of its surviving branches and a good deal of its height, dropping its volume further. At this point it has only three small branches with any foliage on them. It has a huge hole in its badly burned base, and at about 40 feet up, its bole splits into two ever-decreasing-sized half rounds the rest of the way up its 167 remaining feet on one side and 115 feet on the other. Although its base diameter is still impressive, the tree no longer has enough volume to be on the largest list. It retains approximately 15,000 cubic feet in its remaining 40 feet of reasonably intact base; however, the total volume does not presently make even 20,000 cubic feet. 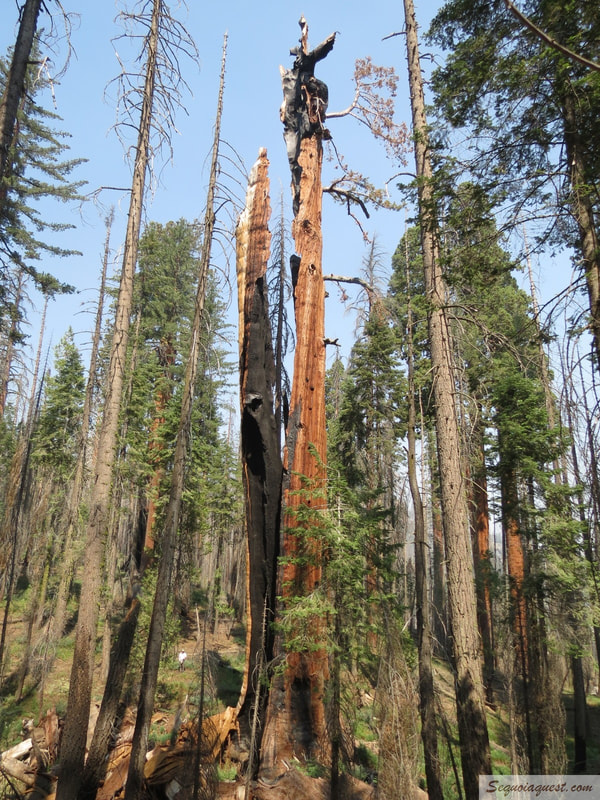 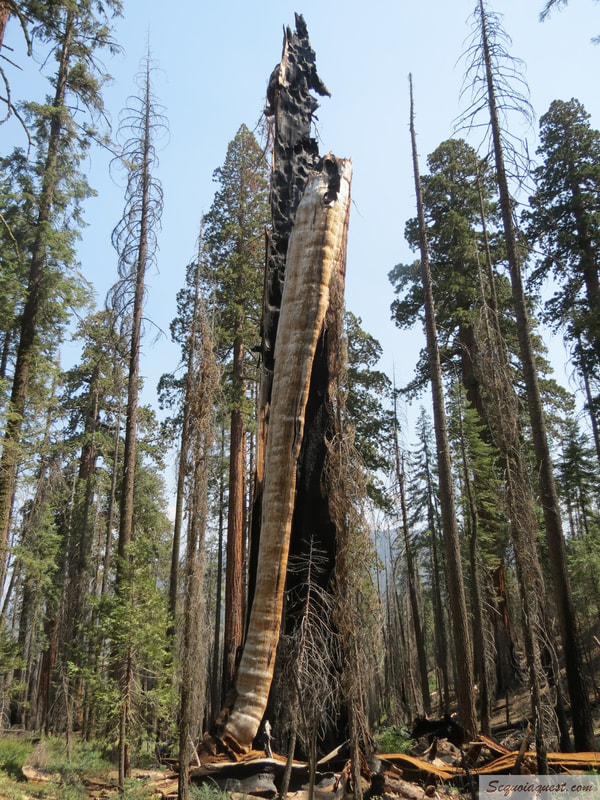 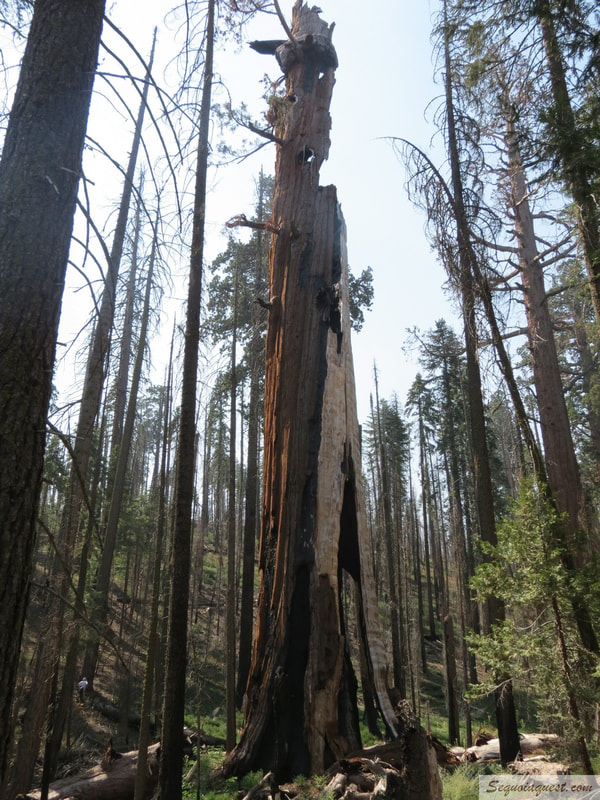 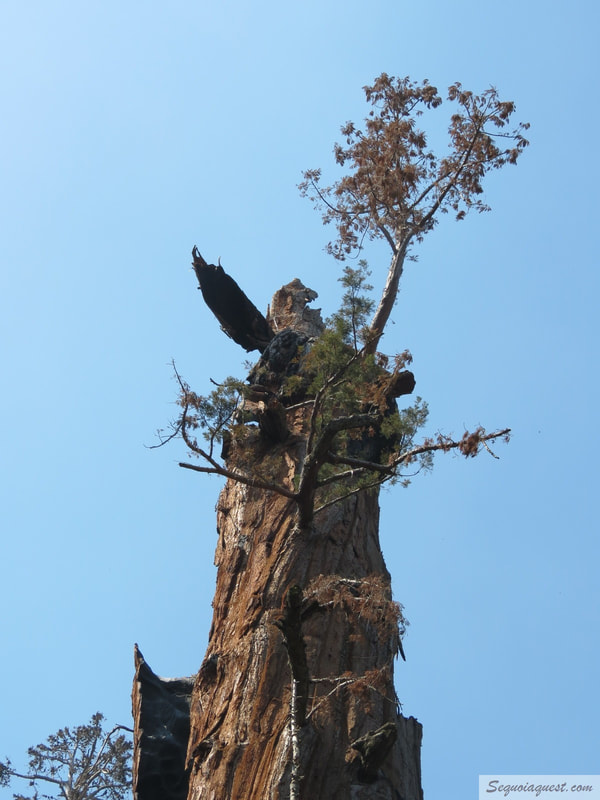 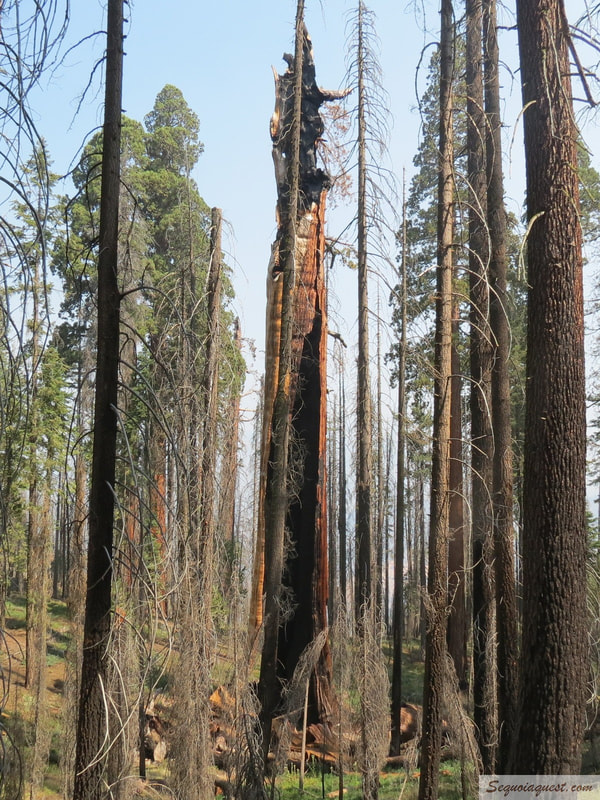