We did a four-day trip to Mountain Home Grove last weekend to leisurely enjoy the trees and to measure a few of the larger trees that I haven’t seen volume estimates for. The getaway was pretty laid back and a lot slower paced than most of my sequoia forays, involving more sitting on the hillside to measure notable trees we already knew about than questing to find new ones.

There are a number of very large sequoias in Mountain Home—seven relatively famous named ones with volume totals on lists of largest trees that I’ve seen. But I’ve seen several up there that looked big enough to qualify for slots just below those on other lists. And I also wanted to calculate numbers on some of the well-known named trees in this grove that have big bases but perhaps not the height to make it onto the top lists.

So on this trip, I decided to measure some of the grove’s honorable-mention-sized trees as well as the popular named ones, like Hercules and Bonsai. I managed to get good dimensions on eight trees of significant size or notoriety that I’ve been wondering about since I started measuring tree volumes.

Here are the volumes that we found (in order of size):

Old Jobe: 31,731 cu.ft.  This is a large old giant with a broken-off top that could have been one of the very biggest in the grove once.

Dogwood Meadow Large Leaner: 30,792 cu.ft.  Large sequoia with a scary steep lean toward the Dogwood Meadow.  I wonder how long it can remain upright or if a wet year will soon turn it into a bridge across the meadow.

Swedish Road Tree: 22,498 cu.ft.  Near the Swedish Tree Stump, this sequoia is another of the largest ones in the area.

Near Genesis: 23,142 cu.ft.  Many of the trees in the Genesis's neighborhood are of great size. This one very near Genesis is also quite large.

Hercules Tree: 22,042 cu.ft.  Despite the many depredations of man, including cutting a 12' x 12' room in its base and two fires, this cornerstone of over a century of tourism continues to flourish.

Enterprise Mill Tree: 21,472 cu.ft.  Another tree with a distinct lean, also toward the nearby meadow area, this one must have been right next to the mill but fortunately was never taken.

Yes, I’m disappointed that the incredible Bonsai Tree isn’t big enough to be on the Largest Trees list, but I didn’t really expect it to make it there. It is, after all, sitting on the top of an exposed ridge, so it will never be able to grow that big—unless all of its impressive limbs were added to the measurement!

Old Jobe’s dimensions surprised me. I took them from its good face; its southeast side has a nearly complete burn all the way up. Its volume would be lower if the burned face was the one measured, I expect. On the other hand, if it wasn’t topped, it would be an enormous tree, rivaling the more well-known giants in this grove already on the lists.

We stayed in the Balch Park campground, one of our favorite places, with a great number of mature sequoias all around us—many of significant size, and showing its own individual character. The weather was good, the insects negligible, our campsite quiet, and the grove peaceful, so it was a fine and enjoyable trip. 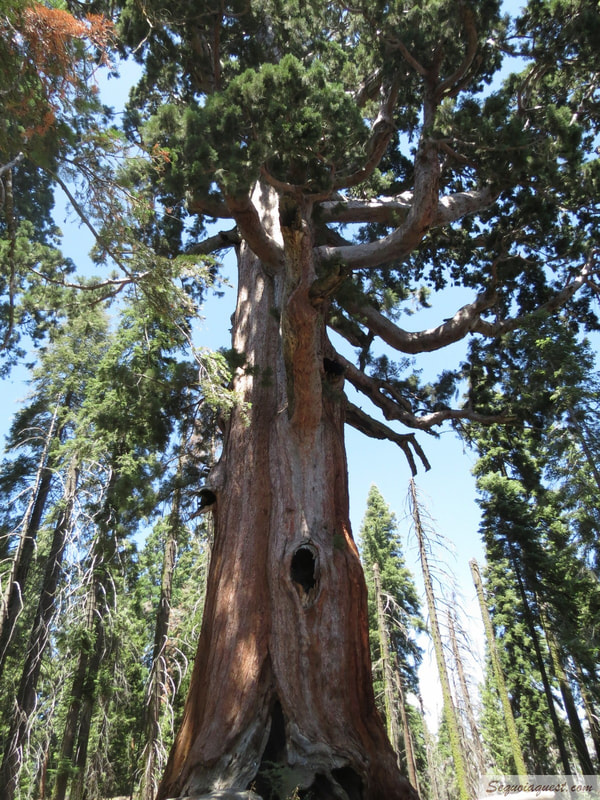 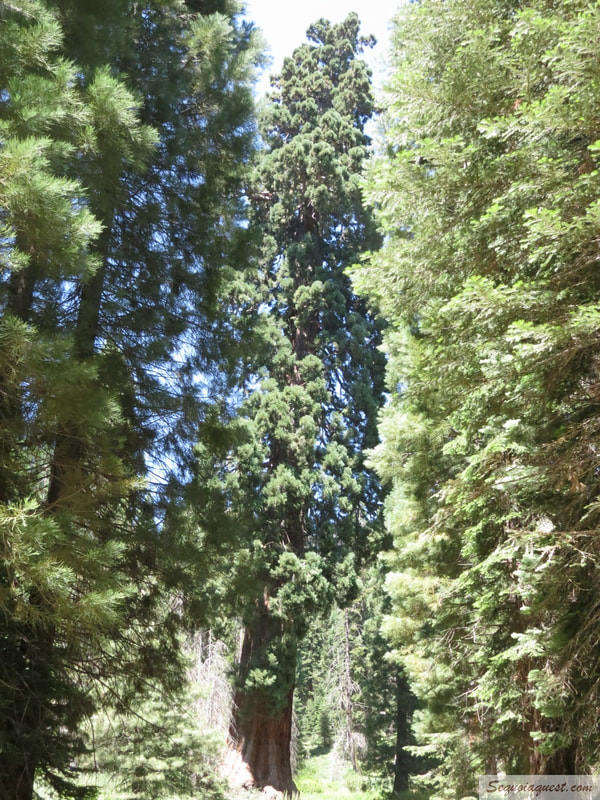 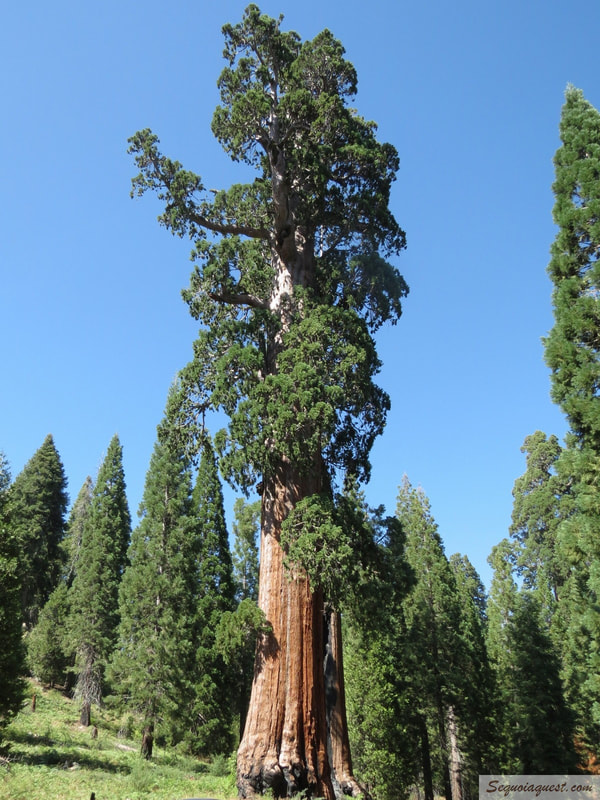 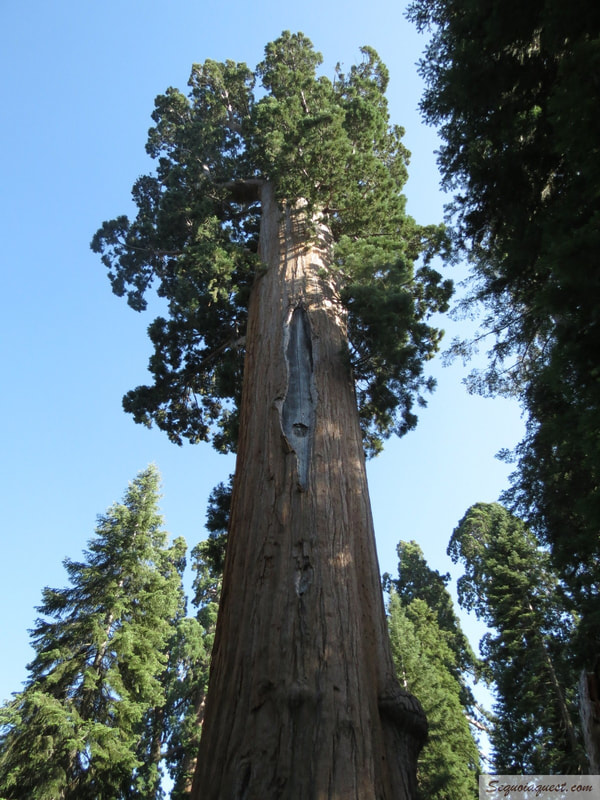 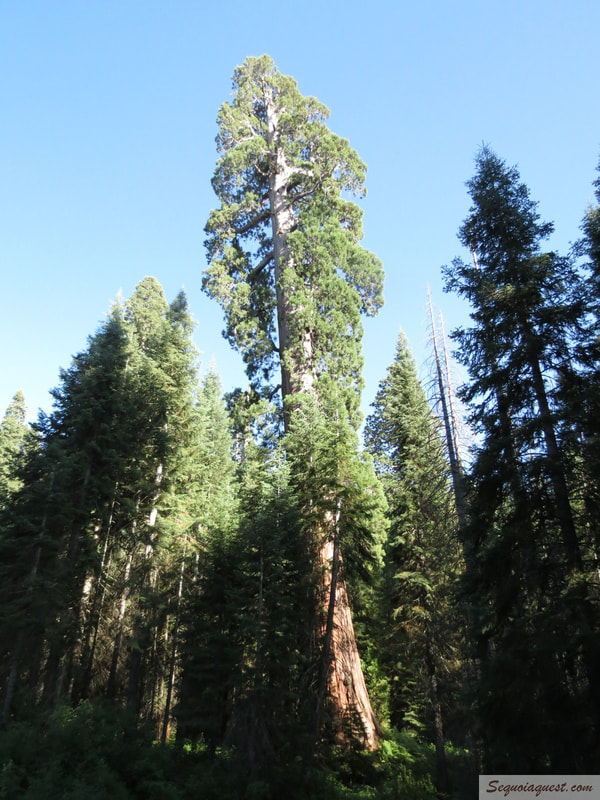 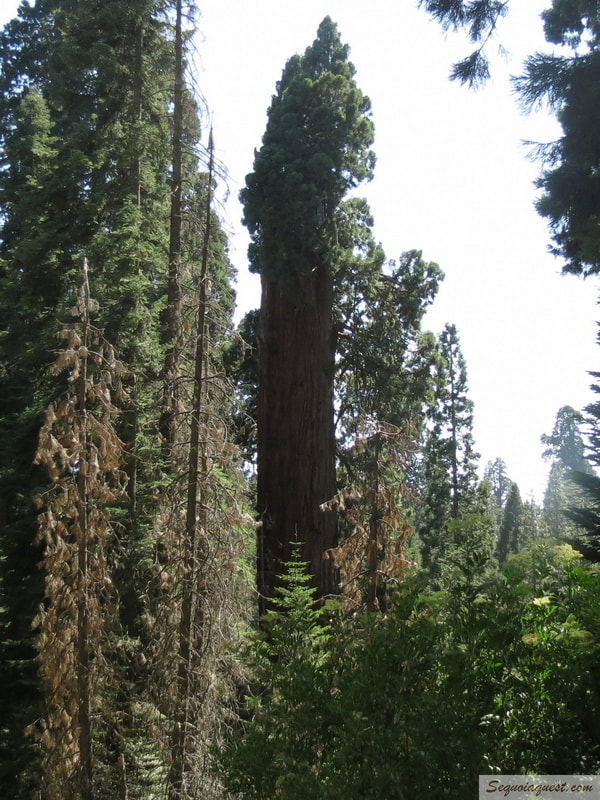 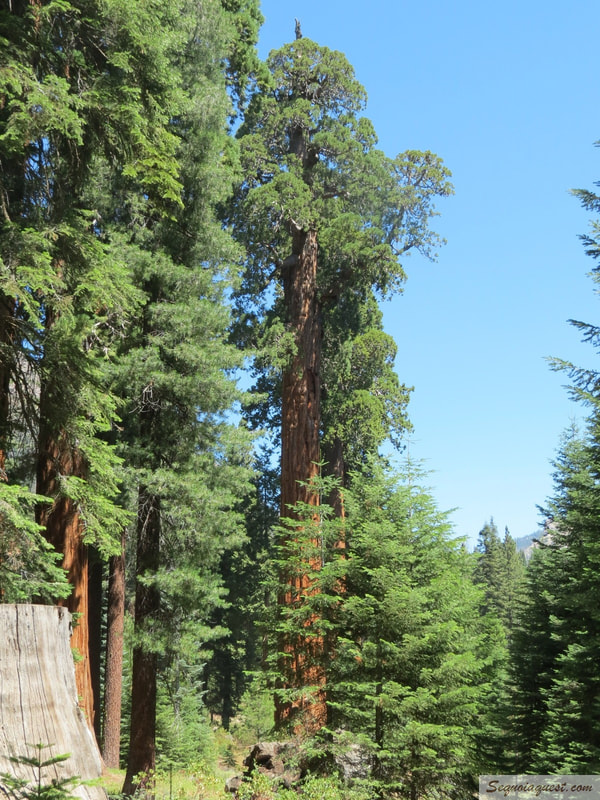 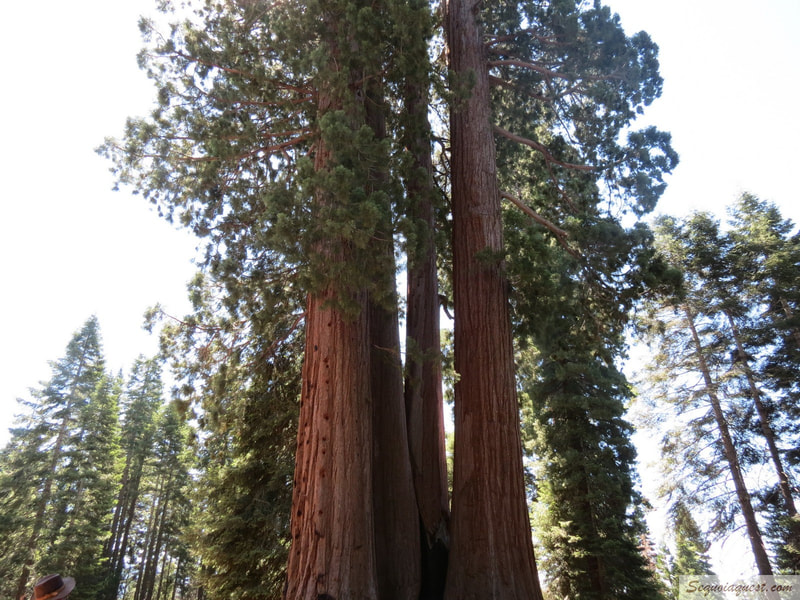 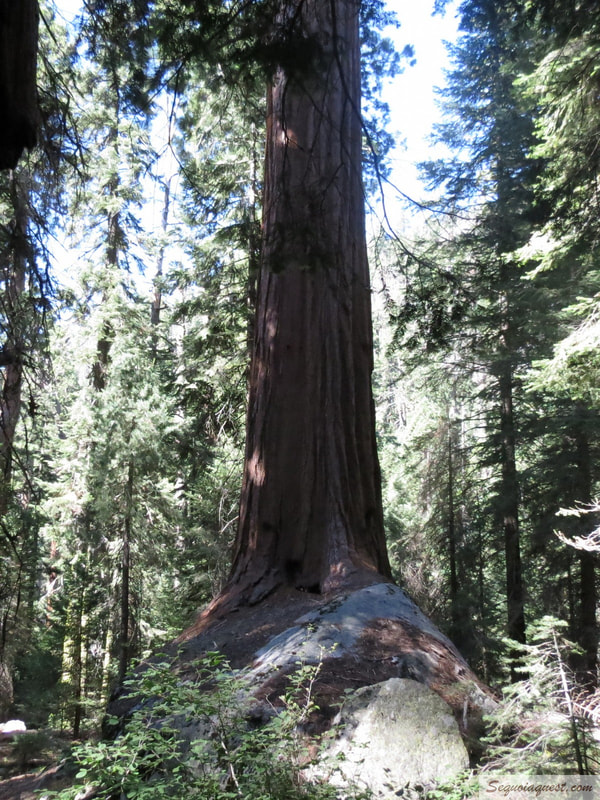