On memorial day holiday weekend I did a short exploratory into black mountain grove and also made a quick stop for visiting friends and obtaining measurements on trees up in Atwell and Giant Forest groves.  It was my first weekend of this new year up in the sequoias and I found it a welcome return to their peaceful shade, but a bit tiring...

Up in Atwell Mill I did the paradise ridge walk up to the tunnel tree with some friends, and then separated and went off trail to the west and north by myself, coming down via mostly the next large watercourse to the NW of that noteworthy tree.  I wanted to wander a bit and see some different trees.  I didn’t see any record breakers along the walk requiring measuring this time, however I passed by the entertaining Covered Bridge Log and a tree that I have been calling Witches Broom for all of its many fanned out high branches.  It was my first hike for the season and should have been a reasonably easy 6 miles or so, but it was steep and made me pant quite a bit up in the thin air.

The next day I went up into the Giant forest to measure some of the big trees in the near vicinity of the Mckinley tree, because they have always seemed to me to be quite imposing.  I spend nearly the whole next day’s daylight hours repeatedly encircling the Mckinley, General Lee, and two (as far as I know) un-named giants nearby them with a tape measure and then peering at them thru a monocular.  Passing by them in the past, I have often thought of them as being worthy of measurement, and I think I can let the results below speak for themselves.  I know I will have to revise my largest trees list this year because of the decimation from the castle fire, but here are a few that might serve to replace ones lost to the list from that tragedy:


I then went to Black Mountain for the last part of the holiday weekend as I know from Flint’s book there are a few big trees up in that grove I have yet to locate.  The road was only partly cleared this early in the season, so I was not able to get in far enough to see how the Black Mountain Beauty fares, however I made it in as far as the Harlequin tree.  From that amusing tree I did a walk south, up the hillside on the opposite side of the road, and then along the ridge line westward and down the crest of the ridge to the west back to the road ending up about a mile from where I had parked my car.  There are a number of decent sized trees up in the area, but it was near the end of the hike that I found the large one which was undoubtedly the one flint was referring to in his book.  Along the way I met three trees large enough that I felt the need to measure them.

On the way out of the grove I also stopped just long enough to measure the First tree;  the large one that is right at the junction of the coy flat road and the 21s12.  Although it wont quite make the largest trees list it certainly turned out to be a very honorable mention.

The details on the black mountain trees are as follows: 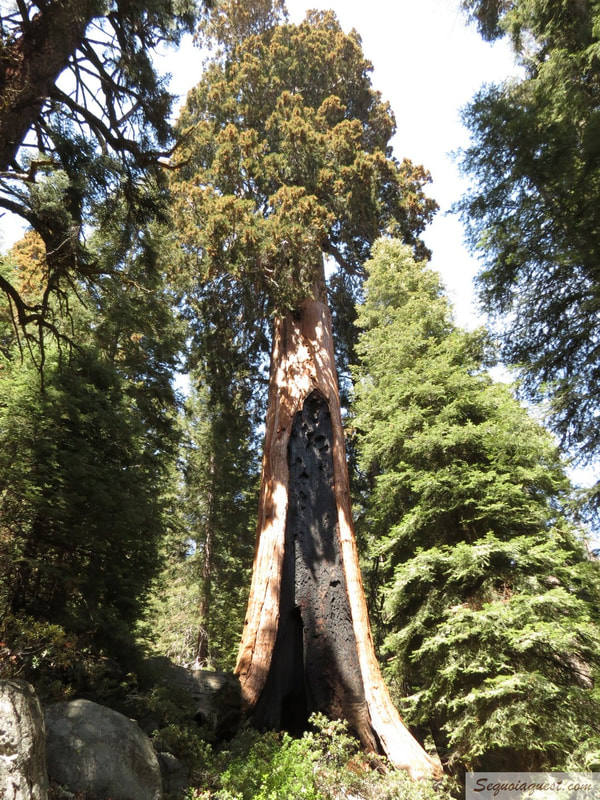 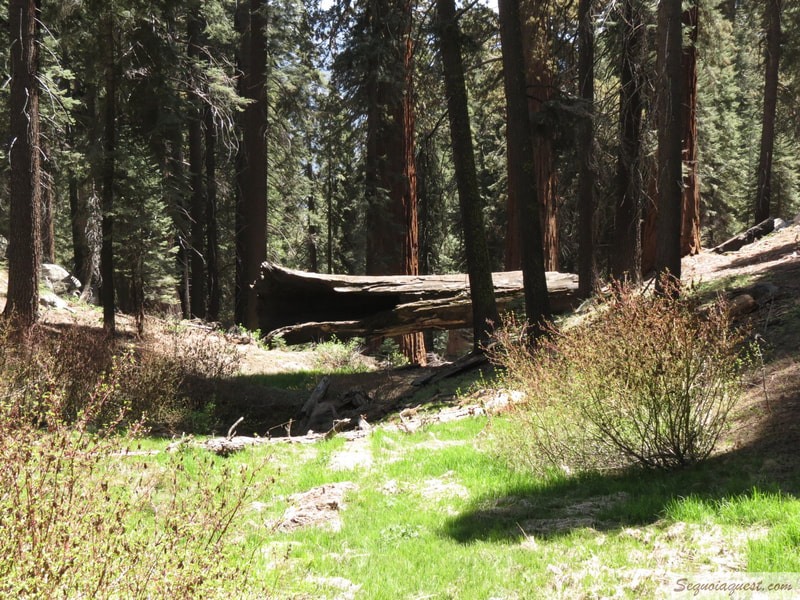 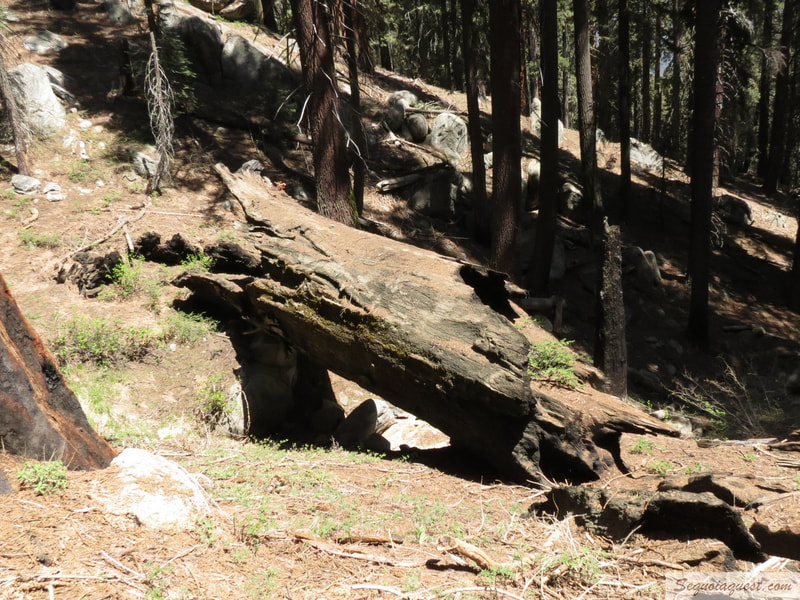 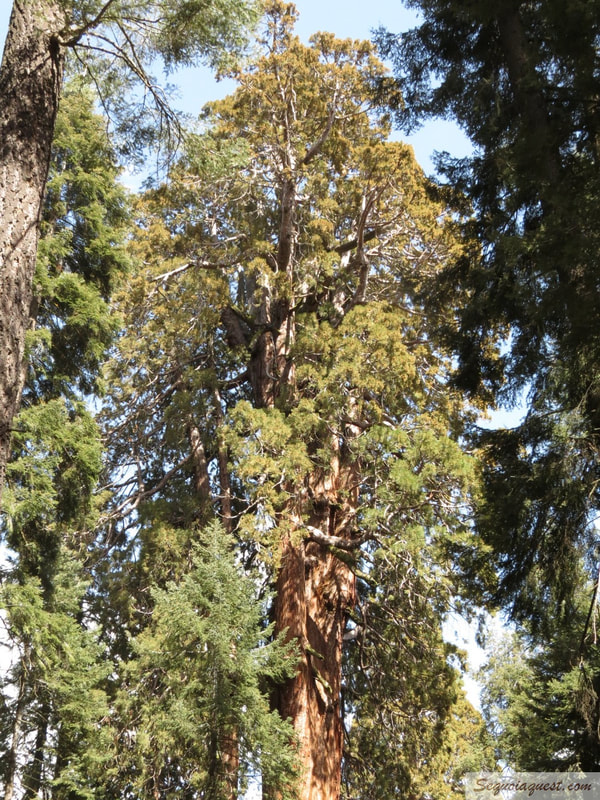 Giant Forest:  from left is the Mckinley tree, the large broken tree near Mckinley with General Lee in the background, and the other larger tree north of Mckinley. 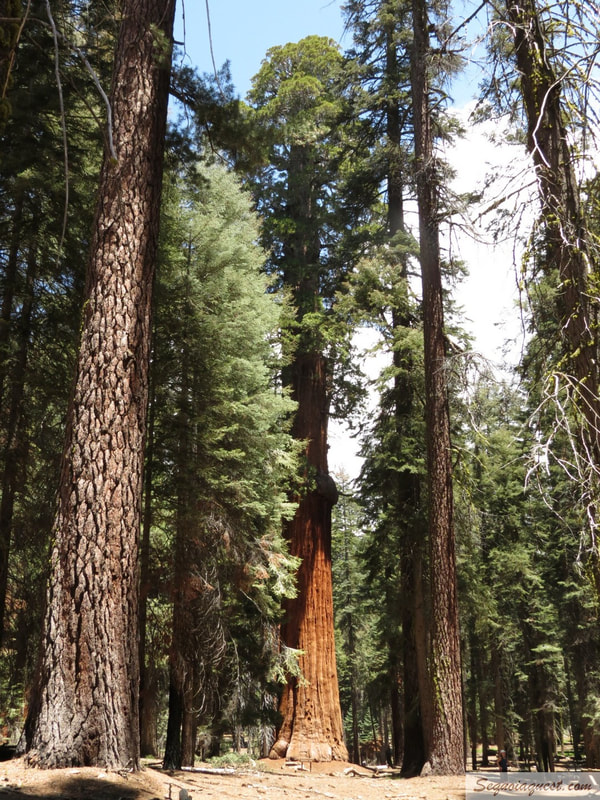 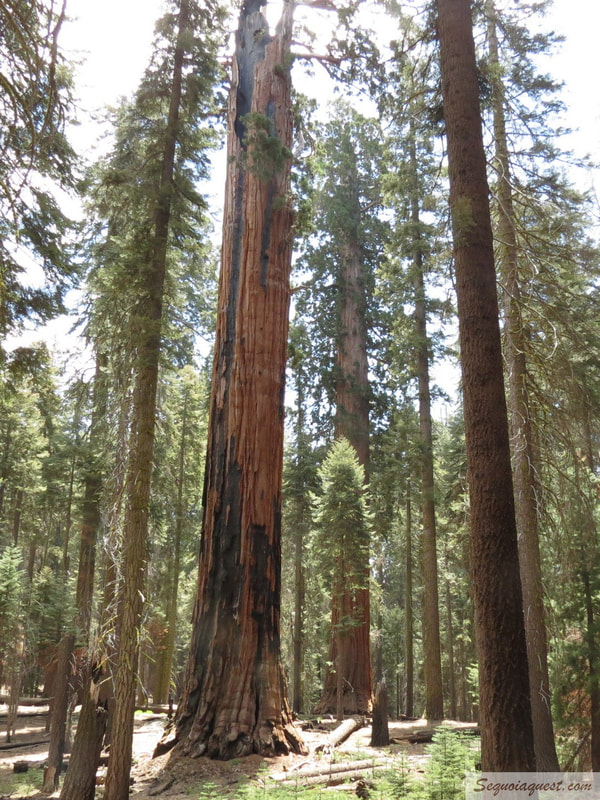 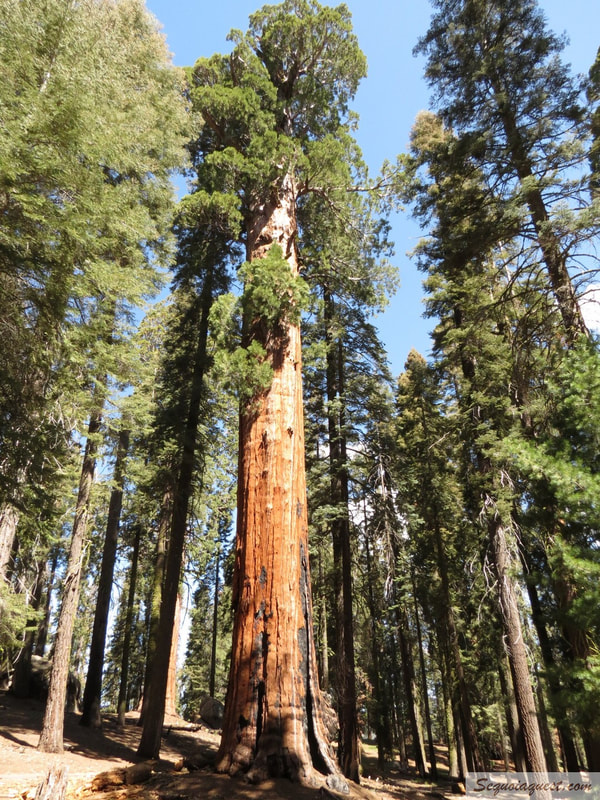 Black Mountain:  the 3 large trees above harlequin that i measured.  The third is flints #4 BM large tree and the largest of the three. 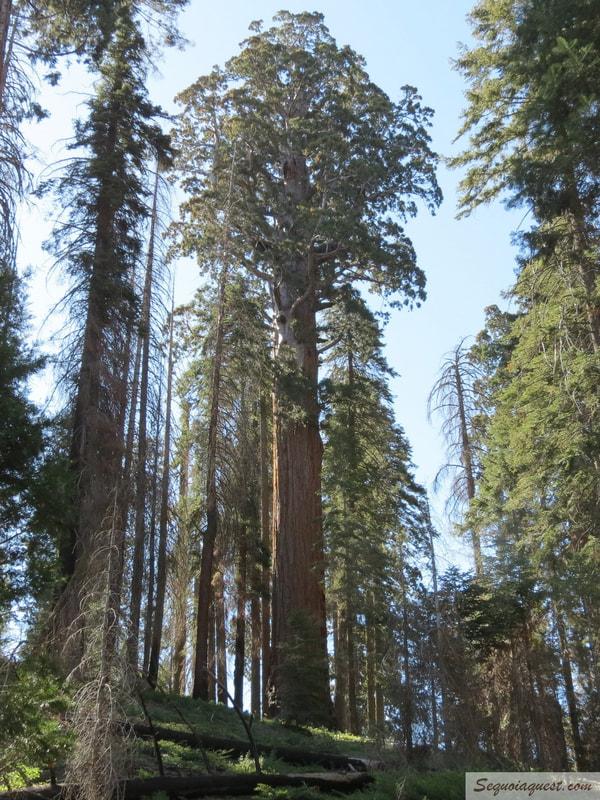 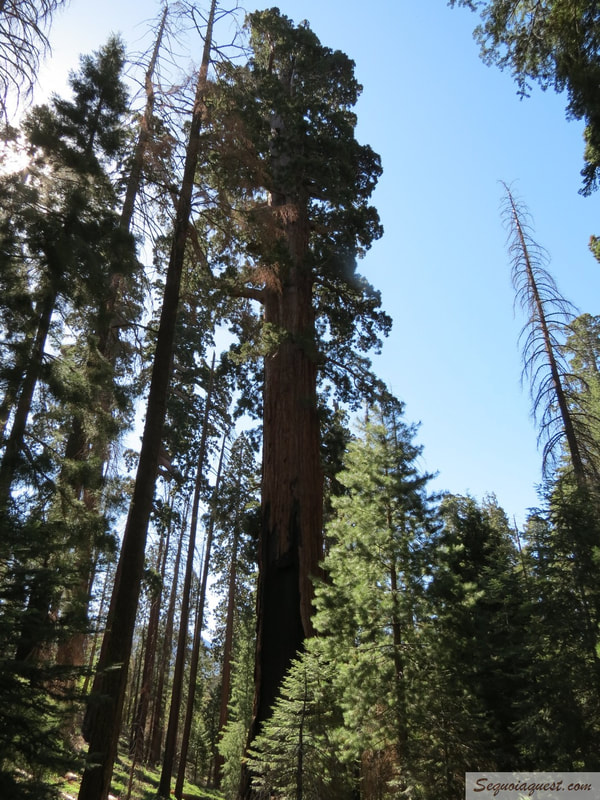 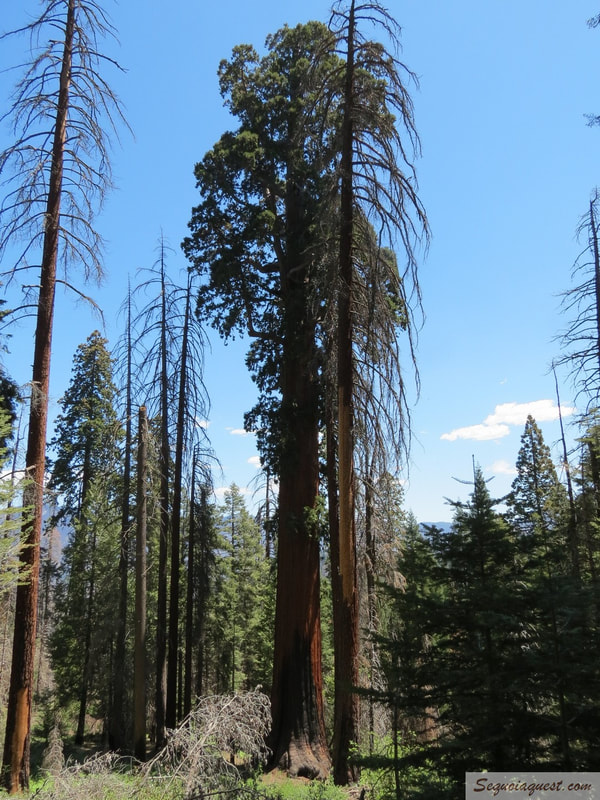