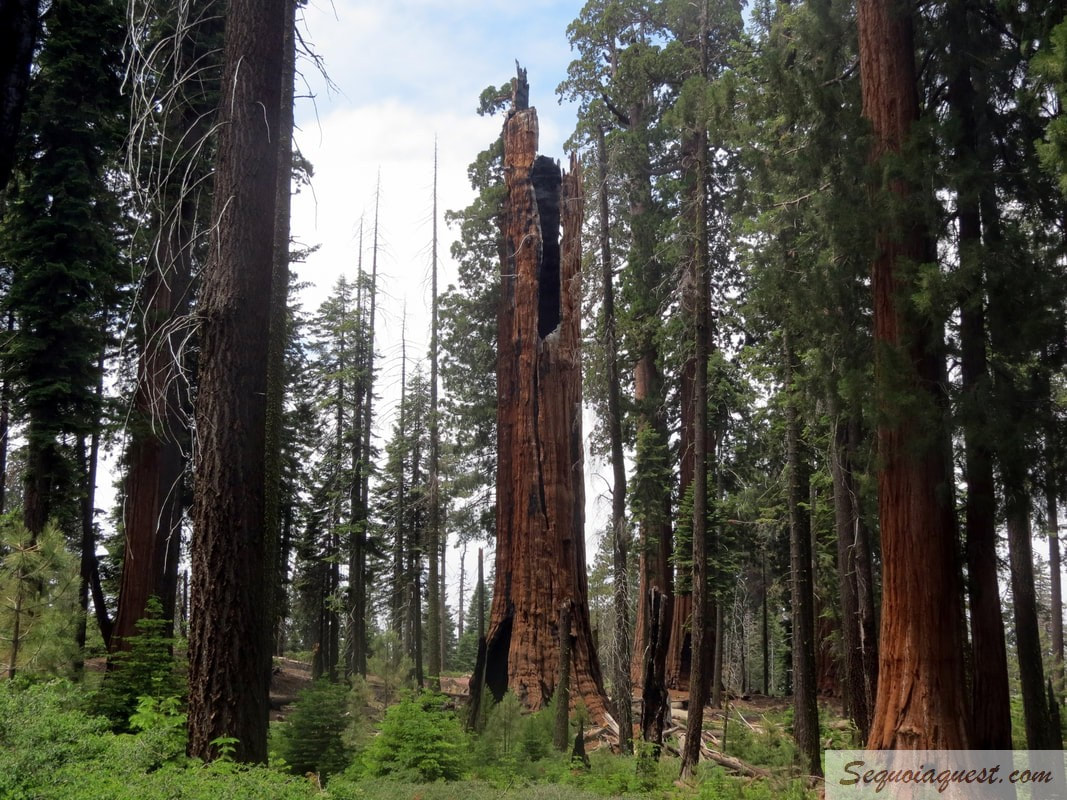 The Washington Tree in Giant Forest is 31 feet in diameter at the ground and 26 feet diameter at chest height, and was once 255 feet tall. It was the second-largest tree in existence; however, a lightning strike and fire in September 2002 reduced its height by approximately 25 feet. In January 2005, a heavy snow load collapsed its upper half and further reduced it to a mere 123 feet, less than half its original height. Its lower bole still looks to be in good shape; however, the upper half of the remaining tree is hollow.

The sequoia's south side shows several small branches beginning to give the tree new foliage on that face, so it may survive in spite of all its abuse. Including inner hollows, the remaining lower section of the tree could be just over 30,000 cubic feet, so we have reinstated it on the largest list at the 52nd position. It still has one of the most impressive chest-height bole circumferences you can measure.

This tree is another testimony to the durability of the giant sequoias. 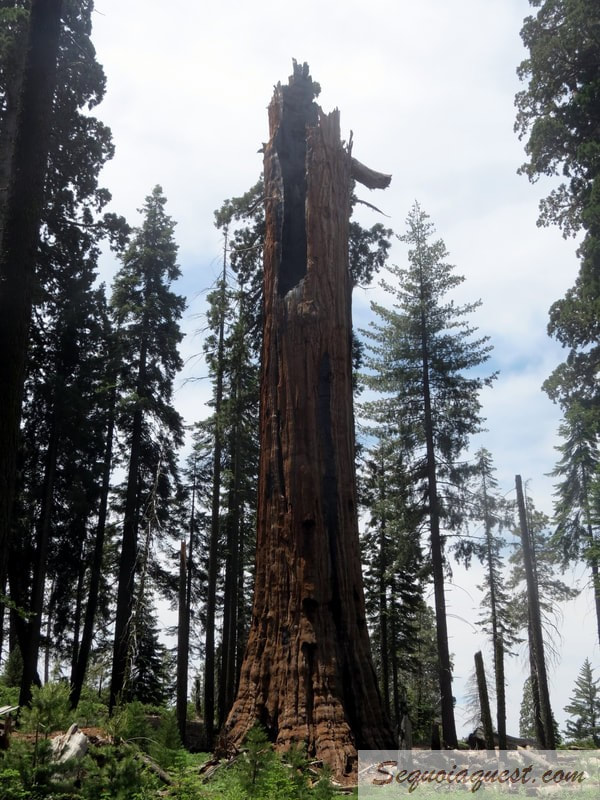