Fallen King of the Forest

Just for a one morning I decided I wanted to visit the Tuolumne Grove to search for a particular giant tree: the old fabled King of the Forest. I knew approximately where it should be, and it is a small grove, so it was an easy find really. A short off-trail loop gave me a tour of most of the trees in the grove that I had not seen on the usual trail. Unfortunately, our King appears to be a fallen royal now; it apparently came down pretty recently based on the debris below it and the dirt still found in its roots.

You can get an idea from the below pics some of the tree's original size, but you can additionally see how burned was its east face and midsection. The whole side of the tree must have been hollowed. Also you can tell from the final pic that it has the remains of the new leader that was sprouting from the the old broken peak before it finally fell. It was still growing back right up to when it collapsed.

King of the Forest tree pictures below 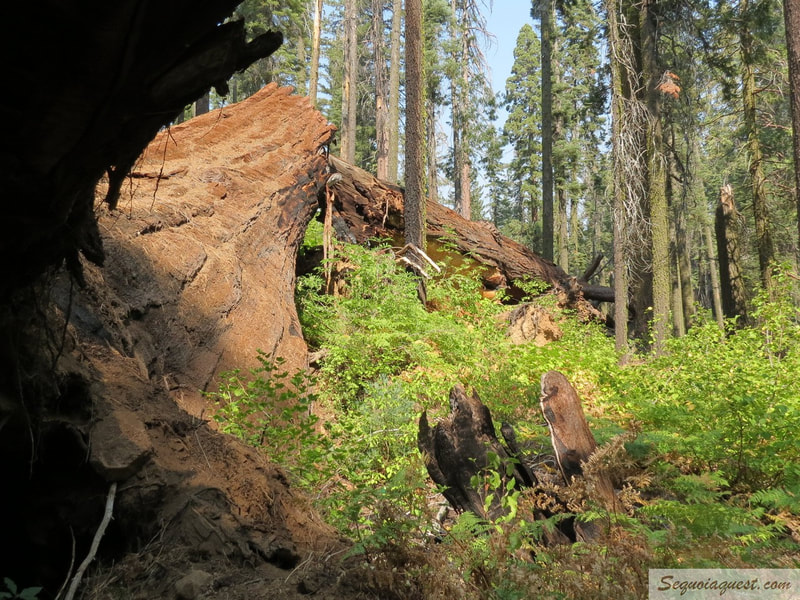 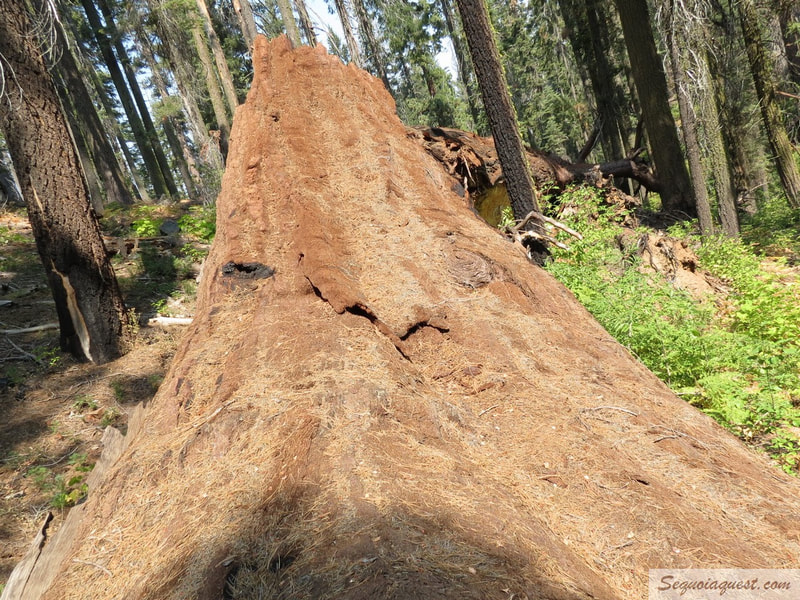 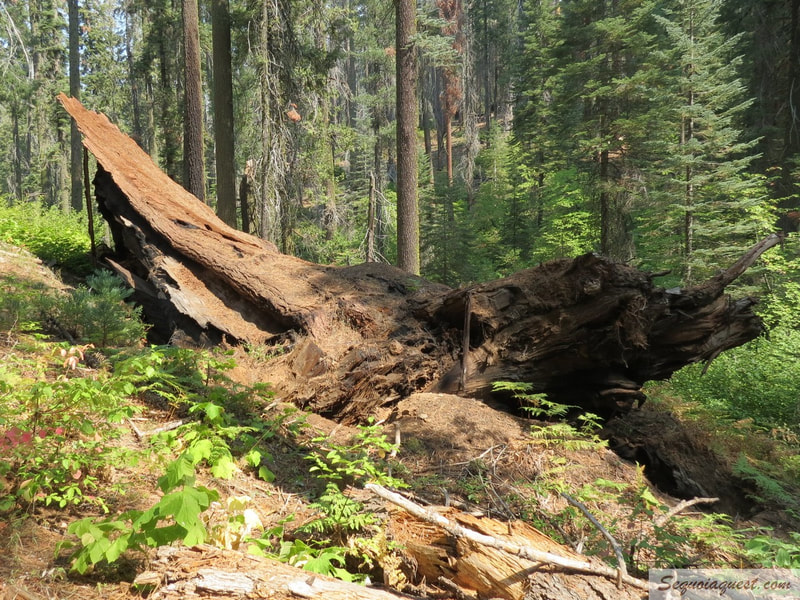 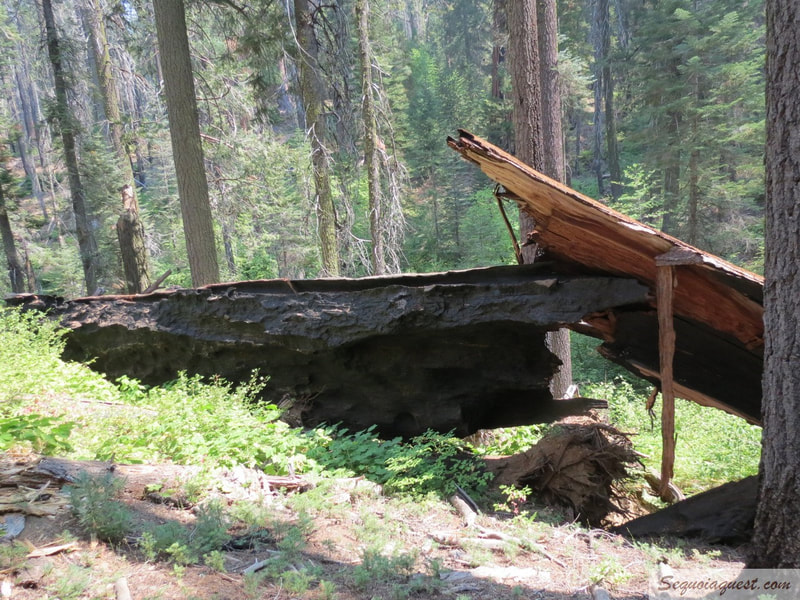 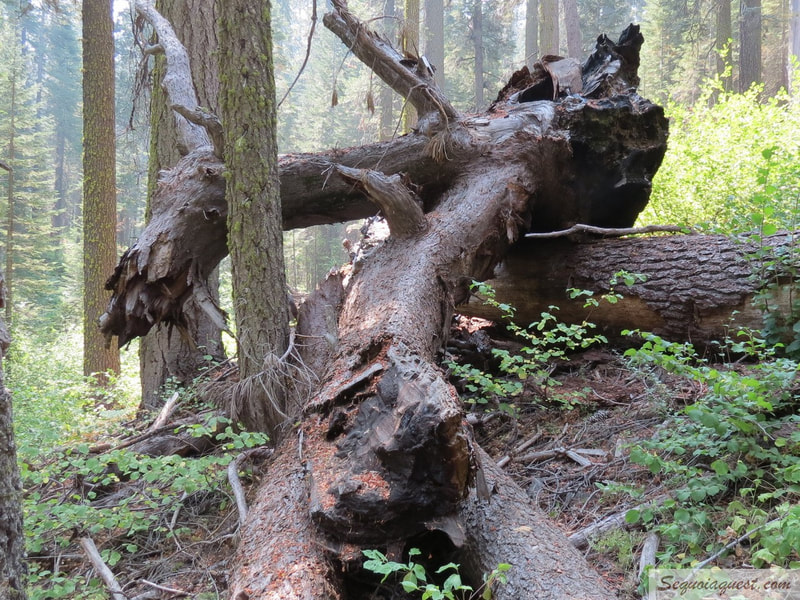