The Three-Fingered Jack Tree is 26 feet in diameter at the ground, 19 feet diameter at chest height, and 240 feet tall. It was first noticed by Wendell Flint, who measured it in 1992 and called it just "a fair-sized tree." There's a large burn on the base, through which there is a small tunnel. Flint named it Three-Fingered Jack because of the three-pronged top, which he thought resembled a slightly mutilated skeletal human hand.  It subsequently lost its namesake top and a few positions in the top volume lists in the castle fire of late 2020. 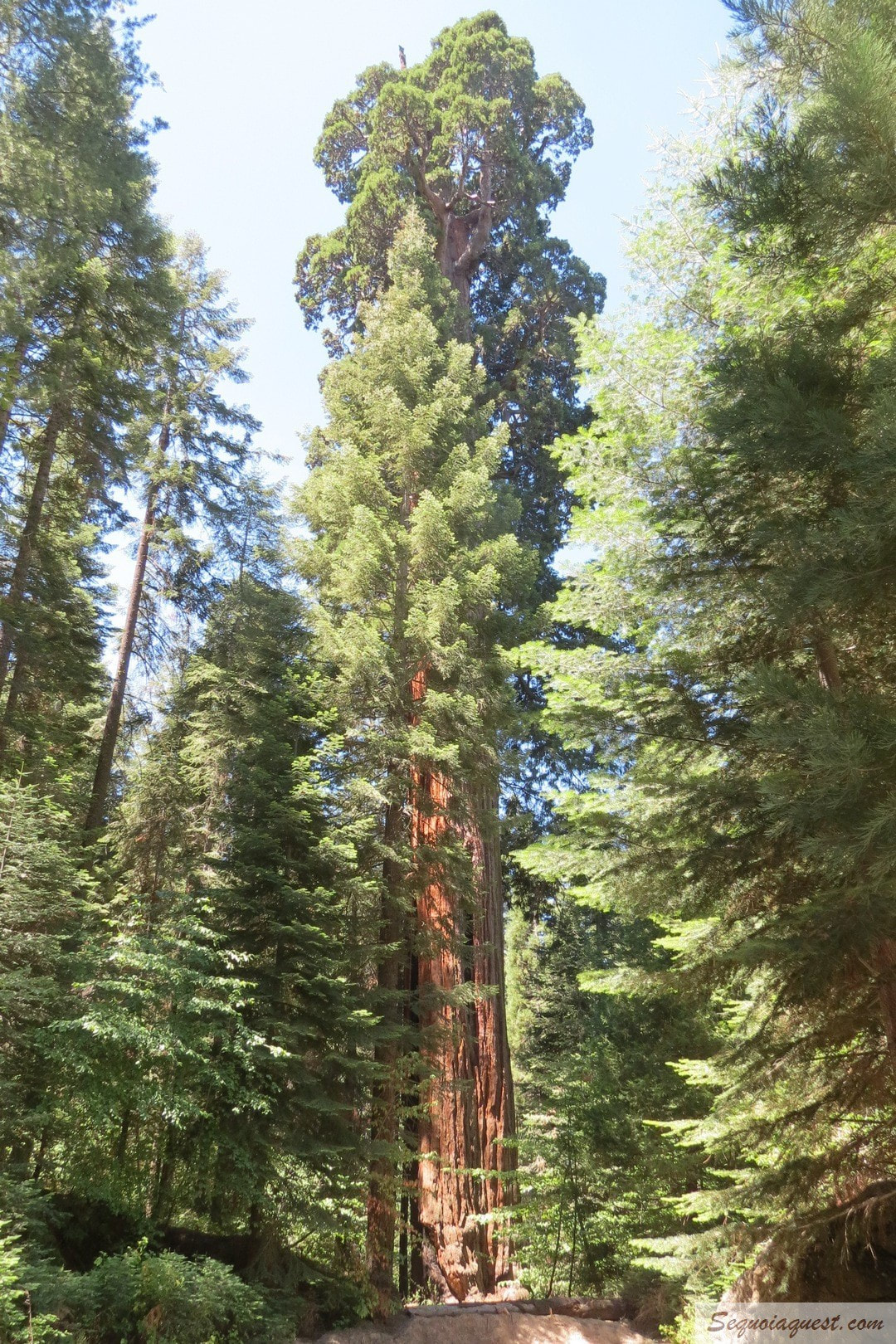 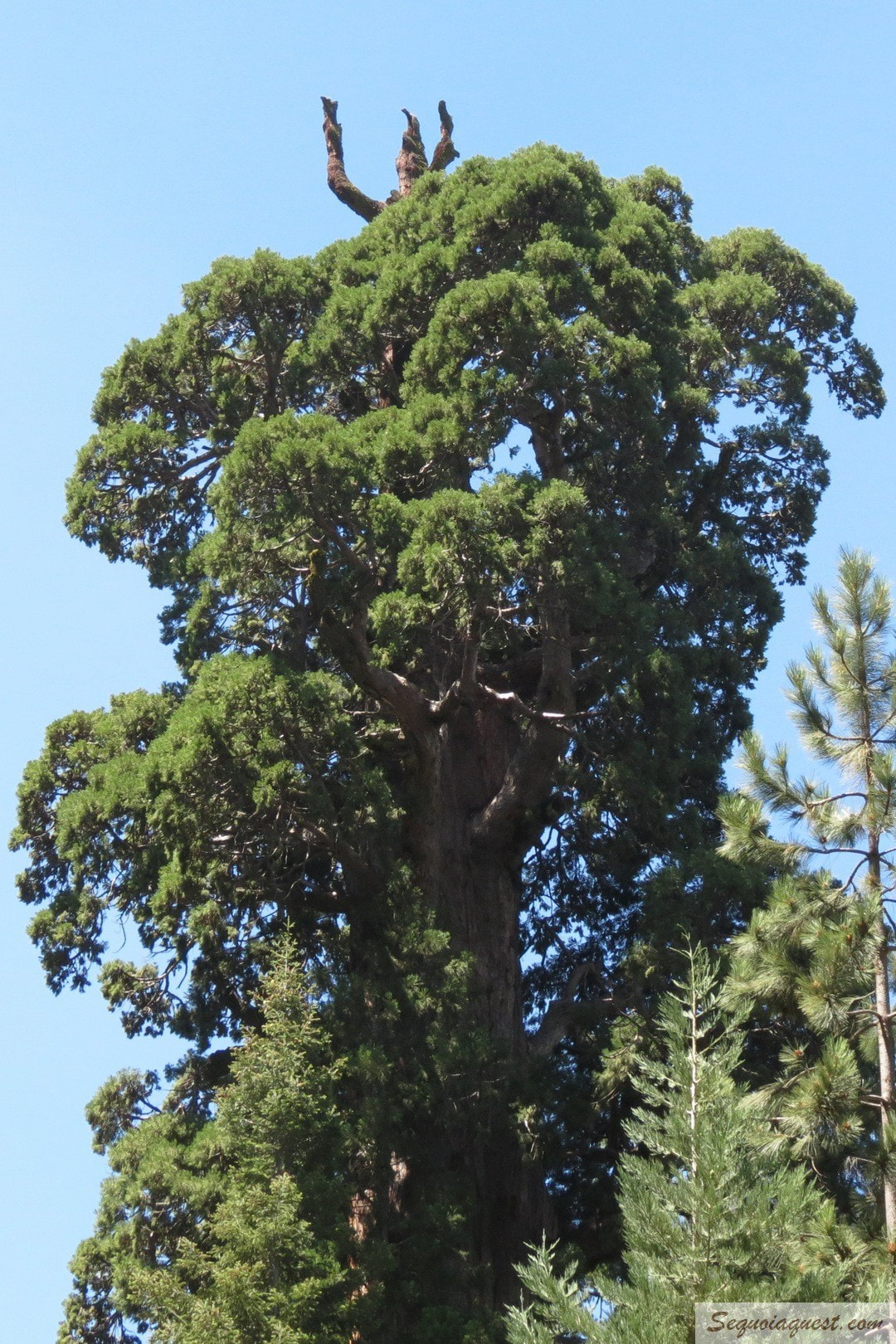