We knocked three more of the biggest trees off the list this weekend.  We had my pop drive us up there in his Jeep because the last time I tried going there in a standard rental car we didn’t make it all the way. That time I had to give up before reaching our objective because I didn’t have the courage to subject the rental cars oil pan to the pointy crests on those dirt roads. We needed the increased clearance of the jeep to actually get to the grove area.

Pop’s trail-rated vehicle got us as close to the grove as the gate on the side road would allow. We walked past the gate only a few tenths of a mile and then down a moderately sloped drainage even less far to get into the area of the grove with the biggest trees: the Packsaddle Giant, Ghost, and Candelabra. Flint’s directions were good and clear enough that we easily found them on the first pass. There is a little bothersome underbrush snagging you in places along the way, and past the Candelabra Tree the terrain gets pretty steep, but other than that it was surprisingly easy hiking.

We only went a short distance past the Candelabra since the ground dropped so steeply beyond it. Further exploration in the grove will be pretty strenuous, but there are enough impressive sequoias here that I am sure I will have to do it. It’s a large enough grove that it will probably take a couple more day trips for me to fully encompass the whole area, or perhaps an overnighter.

The Packsaddle Giant is as big as it is reputed to be around the base—my hundred-foot-tape measure wasn’t long enough to do it all in one wrap; that’s rare!  It totaled 106 feet perimeter to be exact. Additionally, it has an at least shoulder-high bulge all the way around it that inflates the traditional chest-height diameter to look really impressive; its trunk doesn’t really smooth out to near parallel until about ten feet above high ground.

The Ghost Tree is huge too, particularly in its base and lower trunk. It measured 95 feet in ground perimeter and just under 21 feet in diameter at breast height from the high-side ground. I wonder how big it would really be If it was not broken short and capped at the top; it would certainly be a lot higher on the largest volume lists than it is. 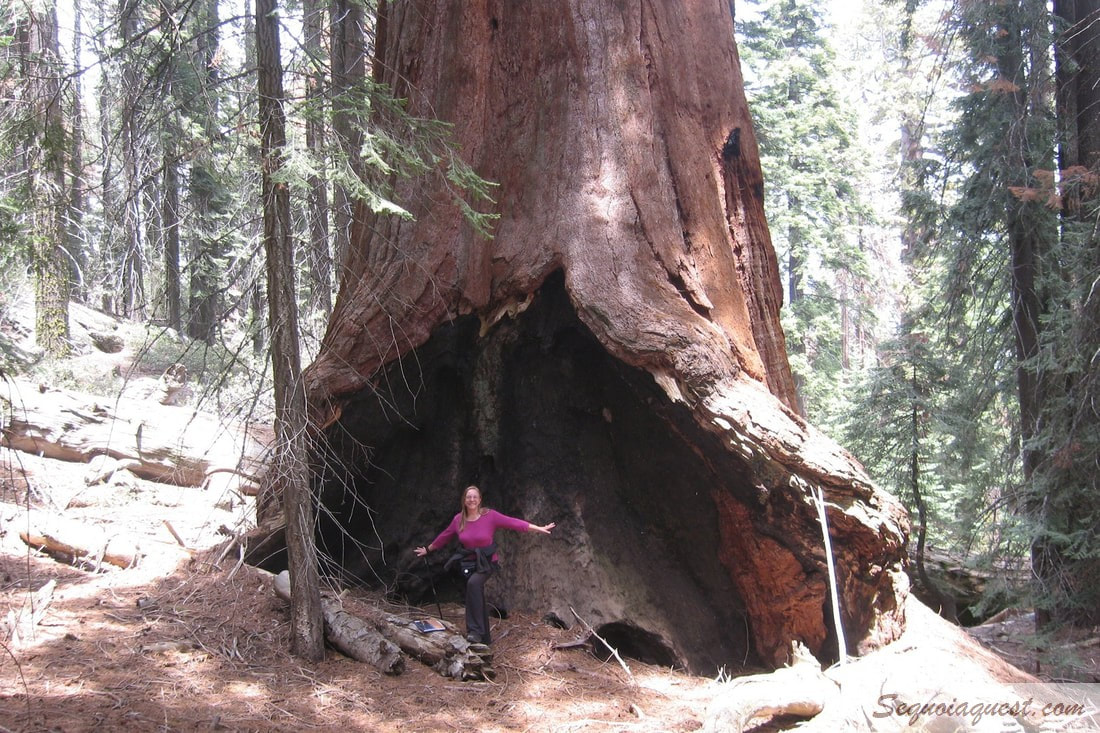