On my earlier visit to Packsaddle Grove, I saw the Packsaddle Giant, the Ghost Tree, and the Candelabra Tree, taking basic measurements of them. This time I wanted to locate the Powderhorn and wander more among the many other trees in this grove. I didn't find any man-made trails (I don't think they exist here), so I followed the wildlife trails I discovered along the way.

I first found the Powderhorn. It's too small to be on any of the largest lists and won't be a contender for a very long time. Its only real distinction is that it stands alone at the far western edge of the grove, with no sequoia neighbors. I wonder what carried the seed for this tree so far away from its brethren.

After finding the Powderhorn, I got myself some lunch at the car and then took off on another walk. I revisited the big three trees in the grove, and they seem to still be doing very well. The last time I was there I walked down the watercourse they're growing in. That was a mistake, because I had to walk back up it afterward--a daunting task. This time I walked across the ridge to the right, staying on relatively level terrain. I came across a tree whose shape oddly reminded me of an old flintlock musket's firing mechanism.

Further on I came across a tree on the right bank of a stream bed that was leaning on one of its brothers on the opposite bank at about a 30-degree angle. The tree seemed stable and had obviously been leaning on his compatriot for a long time. I'm not sure I've seen another tree with more lean than this one. I wonder if the lean happened all at once on some exciting day or if it developed slowly over time.

Walking farther, I found a sequoia with many small branches, more and smaller than I think I have seen on any other sequoia. I also found in the valley below the large three some nice big sequoias all in a line. Unfortunately, I did not find any big enough that I felt the need to measure them.

At the end of about five to six miles of walking in the grove, wandering and seeing the sights, I realized I was once again down the ridge from the big three trees. That was poor planning on my part, since I had to climb up that stream bed yet again. Packsaddle certainly gives Atwell Mill Grove a run for its money with steepness!

I'm afraid I used up another pair of pants on this jaunt. The grove has some areas that are pretty well covered with prickly underbrush. If it weren’t for the fact that I haven't seen another soul out there, modesty might require that I start carrying duct tape on these outings. I did not see another person the whole day. 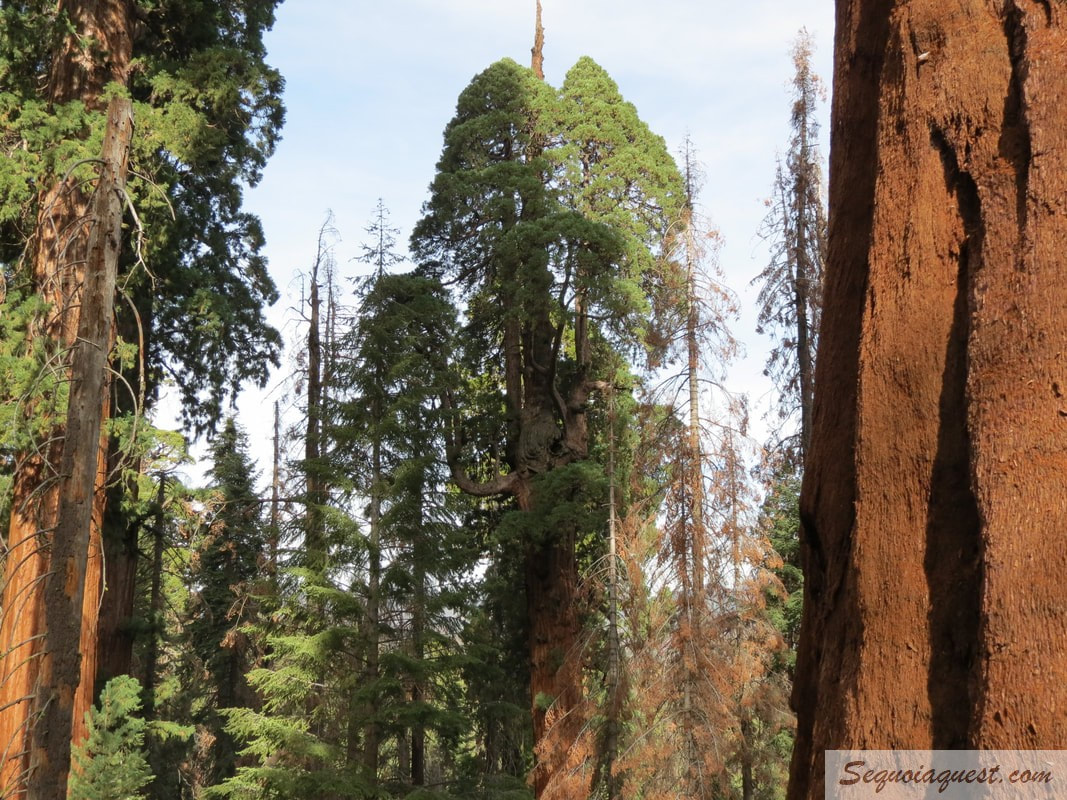 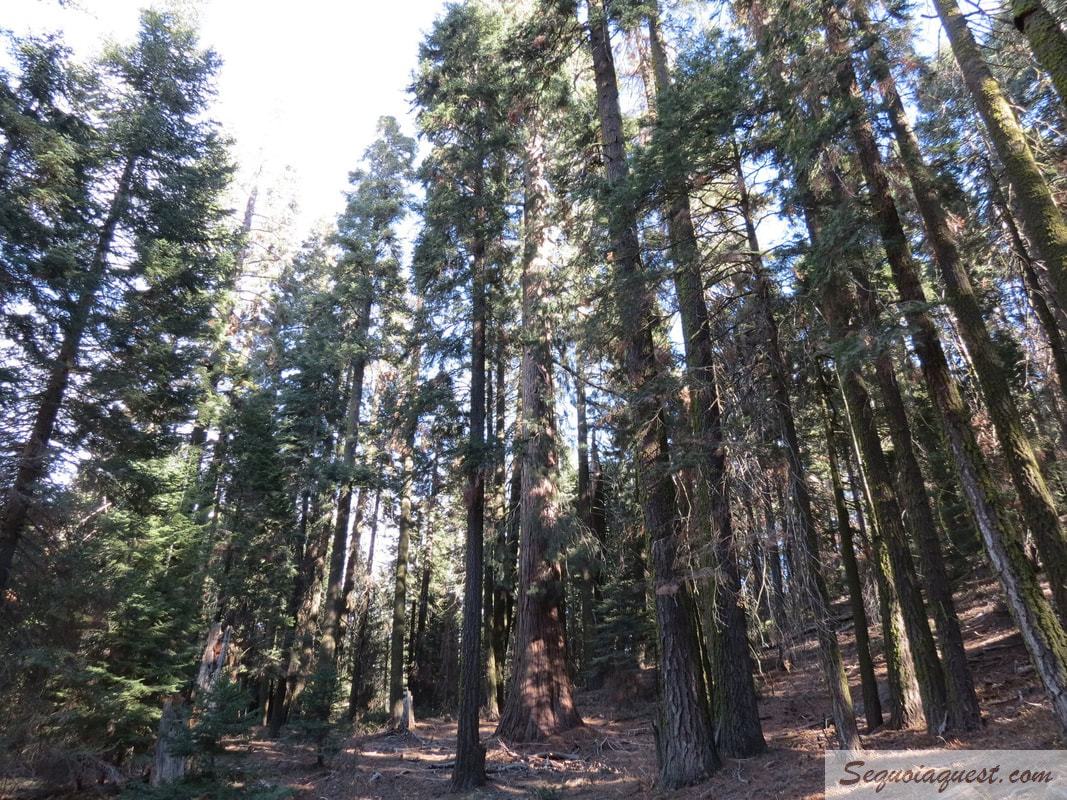