Muir Grove has a couple of trees in it that I have been wanting to measure for a while but not gotten around to. The largest one has been broken off at the top, very much like the first tree you see when you enter the grove. It appears to have happened recently, perhaps by lightning, as it looks like more of a clean break than fire would have done; however, it is growing a new triangular leader. Interestingly, it not only has a similar silhouette to the Broken-Topped First Tree now, it is also very nearly the same size.

I measured a few other larger trees while I was in the area. Below are the stats and sizes of the seven biggest that I have taken numbers for in the grove, listed in order of trunk volume. I learned there are three trees in the grove that are over 25K. I wish I could have seen the second and third largest trees prior to their becoming topped, They must have been a sight.

The grove itself, though small, is a very beautiful one. I tried the old trick of counting the mature sequoias within sight from one point and came up with more than forty at a couple places. :- )

During my visit to the grove, the Paradise/Colony fire was less than 10 miles to the south, so all day there were helicopters flying overhead dropping water on the nearby fire and smoke all through the grove. I got an incredible view of it in the late evening the night before my hike when I drove up to the mountains. If you look at the pictures you'll notice in some of them the reddish tint to the shot that smoky days produce. Hopefully the trees survive the KNP complex fire that the combined conflagrations became.

I measured two trees that came out at just under 20K:

Large Sequoias below are the Dalton, Broken-Topped First Tree, and Lightning Struck Tree. 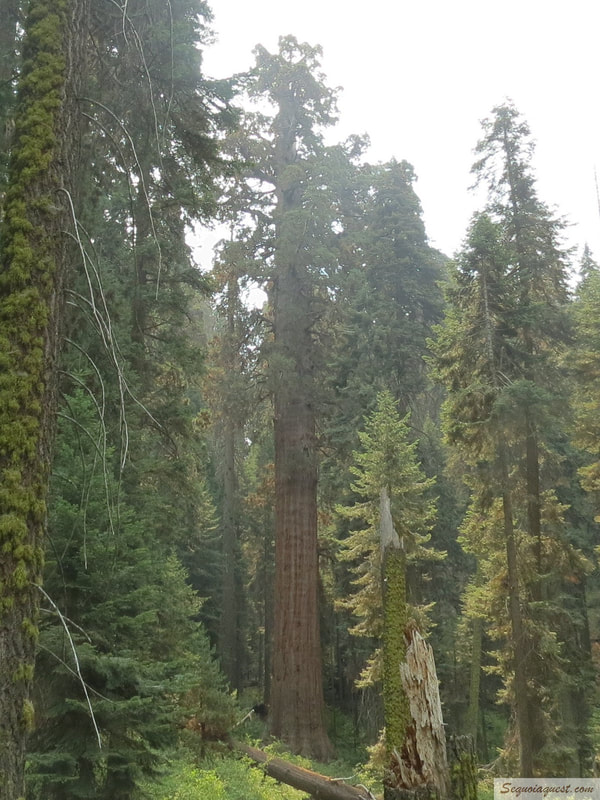 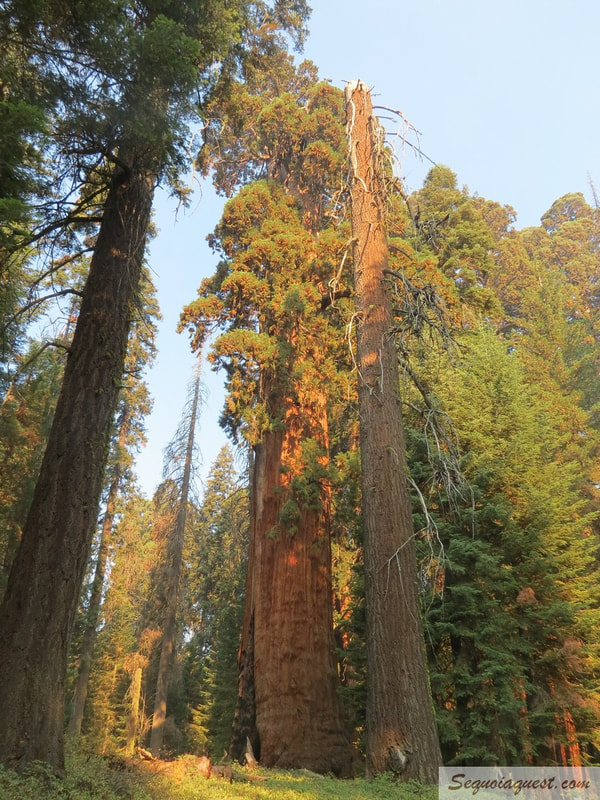 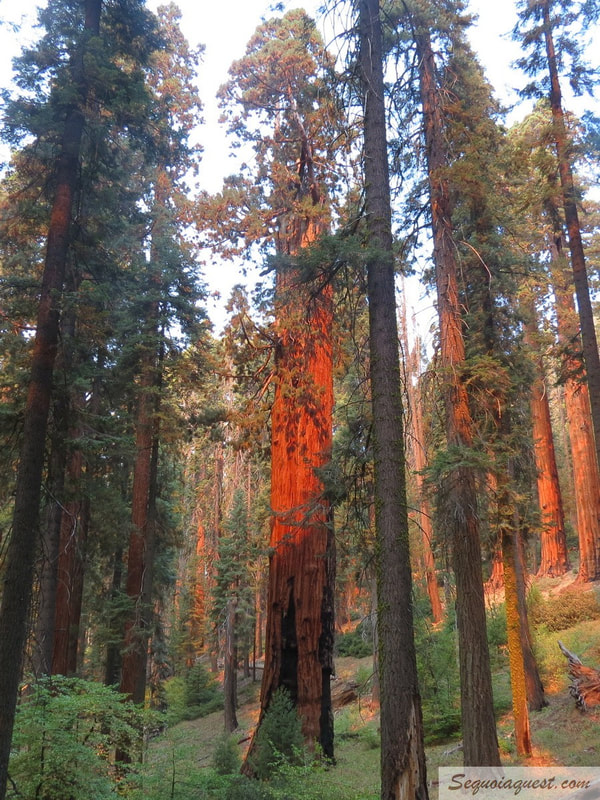 Honorable mention trees below are the Cathedral Viewpoint and Top of the Ridge Tree. 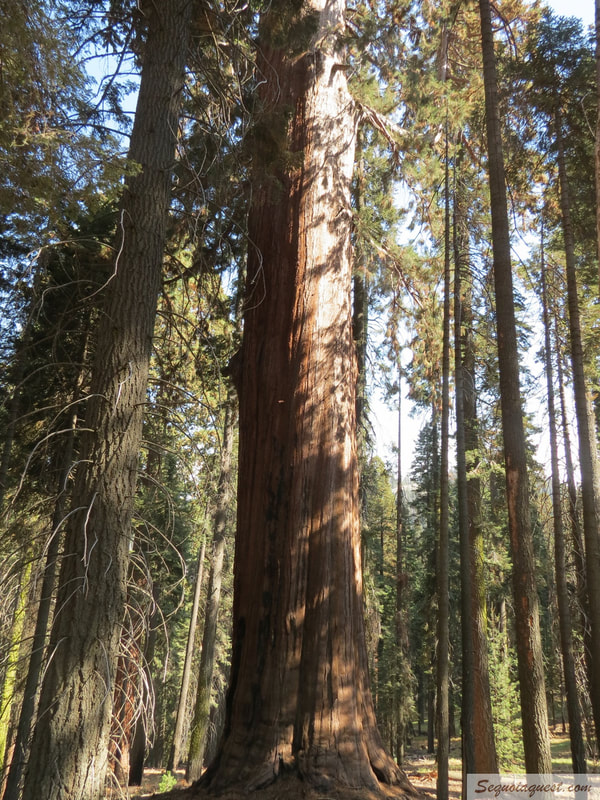 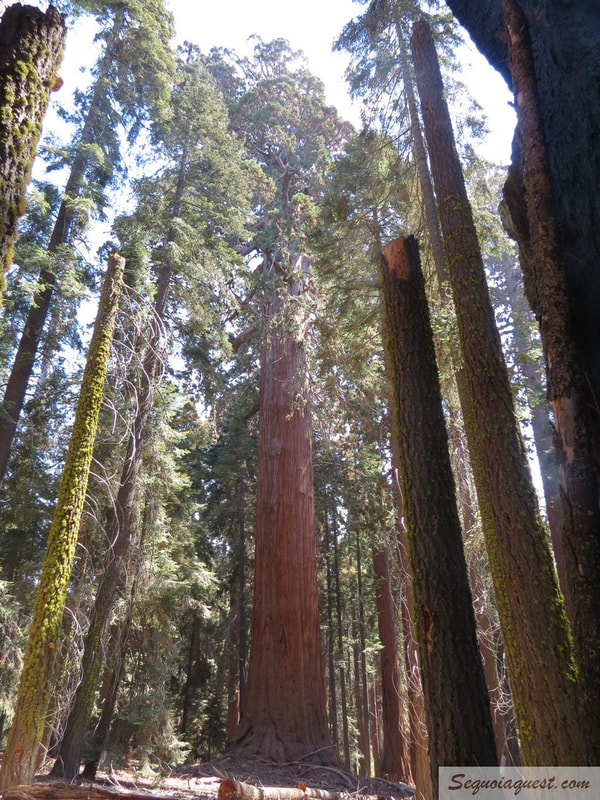 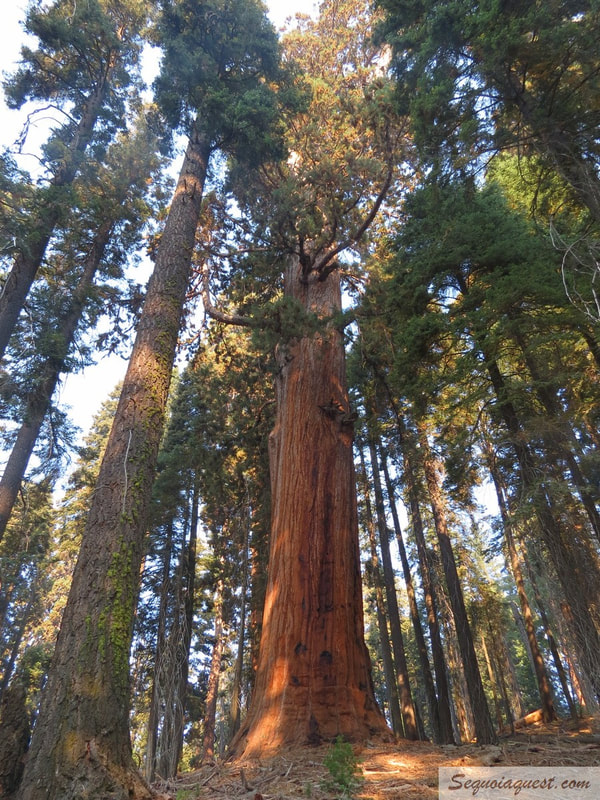 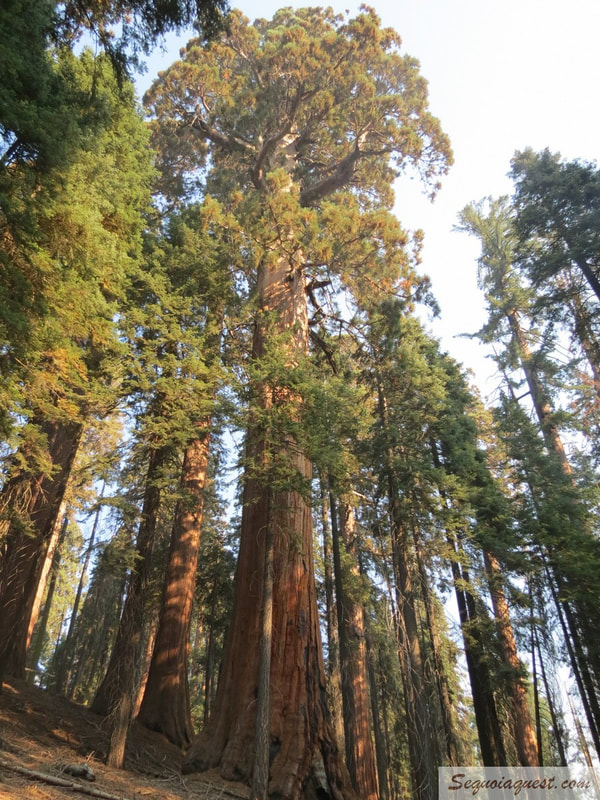 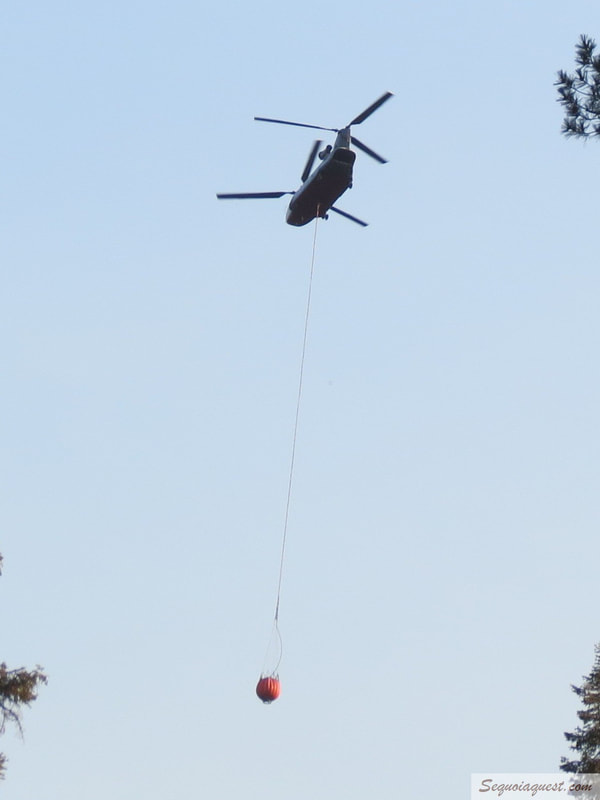 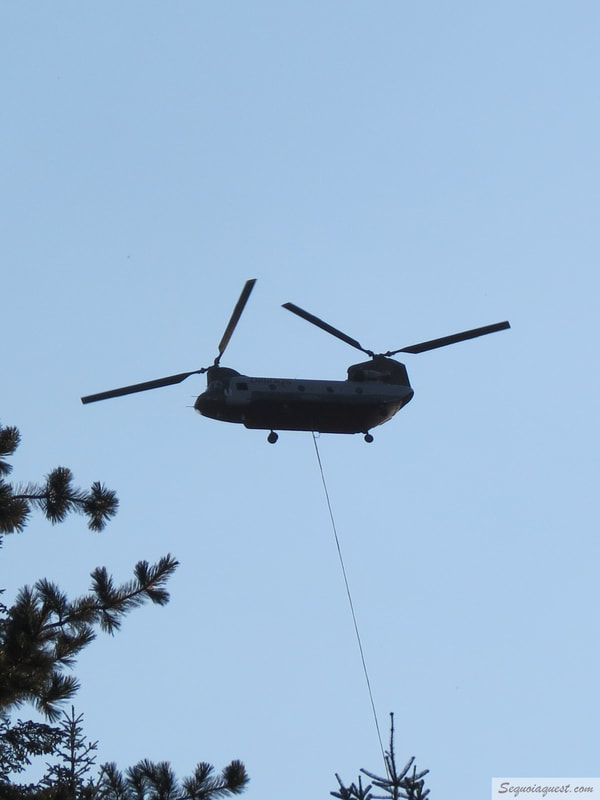