Some of the McKinley upper grove sequoias

Last weekend we wandered off to McKinley Grove to see what we could see up there. McKinley is a nice small grove toward the northern end of the native range where the sequoia grow, easy to get to and i had never before visited it. Its only about 100 acres so its not a huge amount of walking to explore it and there are convenient nearby campgrounds like dinky creek for camping where we stayed a couple nights.

On Saturday I spent the day measuring trees around the main tourist area where the short 3/10 of a mile official trail runs. That turns out to be where most of the larger trees in the grove grow. On Sunday I took a hike up the hill on the opposite side of the road to check out the grove's other 90 acres.  Spending the day hiking and measuring trees that looked worthy up there gave me a pretty good idea of which are the largest trees in the grove.

Below is a list of the biggest trees i measured in the grove:

McKinley's largest tree has the second-largest perimeter in the grove, second-largest DBH, and greatest height of those that I measured. It has the typical sequoia dead spire on it at its extreme top and its right off the main trail thru the grove.
Volume: 24,808 cubic feet
Height: 266 feet.   Perimeter: 77.75 feet.   DBH: 18.2 feet

McKinley's second-largest tree has a tall burn going 45 feet up its west side, and is also located right on the main trail. It has a ground level root extension going about ten feet out from the base of the tree. I did not count its extra extension in the base circumference or volume calc's however.
Volume: 24,065 cubic feet
Height: 236 feet.   Perimeter: 76 feet.   DBH: 18 feet

McKinley's third-largest tree is hugely elliptical because it has three leaders on top, all in a row like three tines on a trident; and yep, its right off the official trail. It really measures large from north or south, and really small from east or west, i felt the need to do the more complex elliptical calculation to figure out its volume.
Volume: 21,900 cubic feet
Height: 250 feet.   Perimeter: 62.5 feet.   DBH: 15.7 feet

McKinley's big-base tree has the largest perimeter, the largest DBH, and the second greatest height of those that I measured. Unfortunately it flares down very soon above the huge base so it didn't really prove to be the greatest volume in the grove.
Volume: 19,429 cubic feet
Height: 263 feet.   Perimeter: 81.5 feet.   DBH: 20 feet

Another large one off the main trail in the grove had a plaque on it naming it Humboldt. It is large but has a broken top that slightly impacts its overall volume numbers.
Volume: 17,635 cubic feet
Height: 201 feet.   Perimeter: 74.5 feet.   DBH: 17 feet

The largest one in the upper part of the grove was inscribed with a large B and had some old axe cuttings showing on its base. It's going to just barely make the Honorable Mentions list, but its unfortunate it was the victim of cutting.
Volume: 15,002 cubic feet
Height: 239 feet.   Perimeter: 62 feet.   DBH: 15 feet 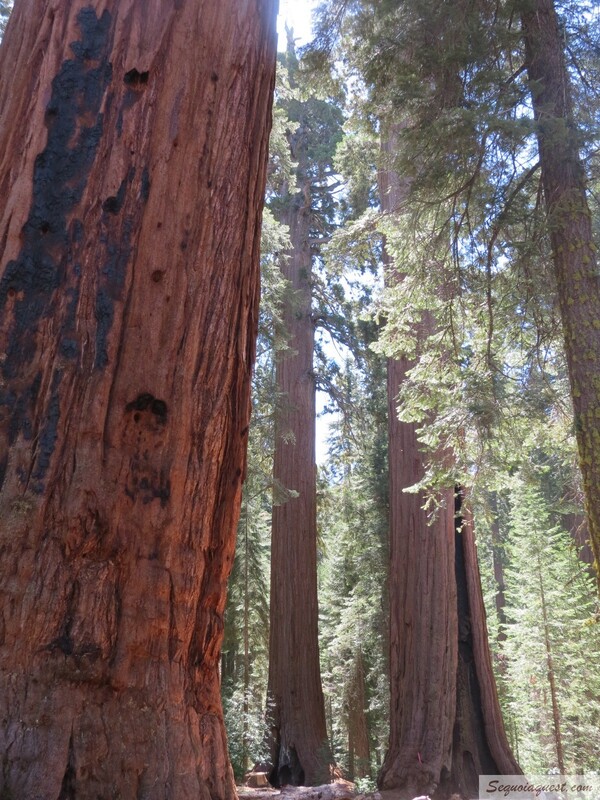 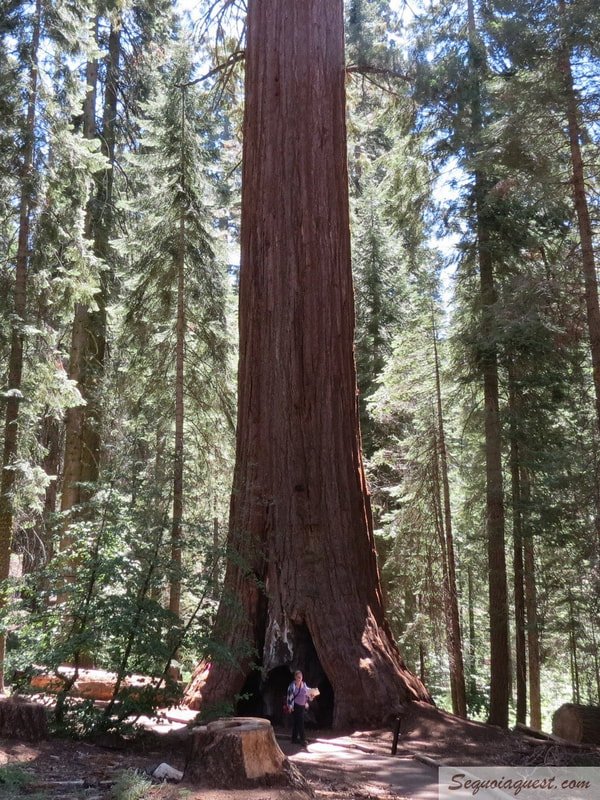 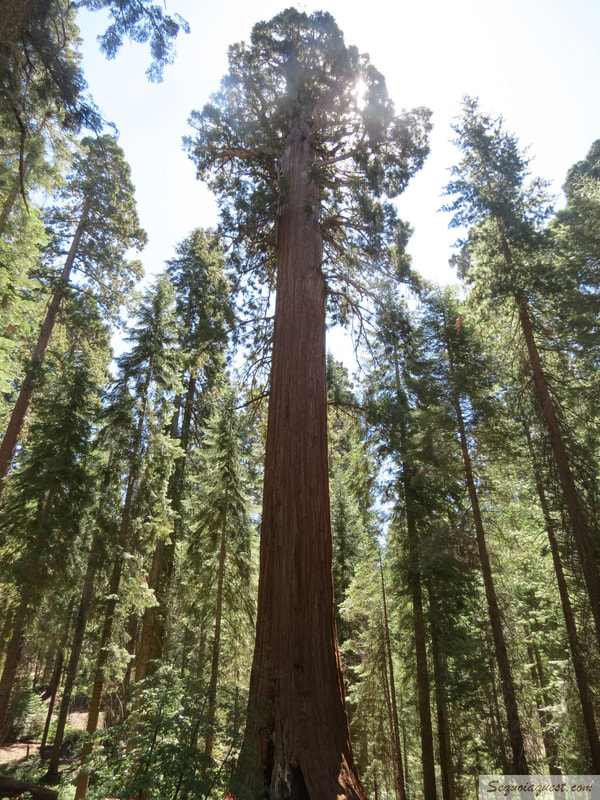 Trees below are the Tall Burn and Trident Trees that are second and third largest in volume in the grove. 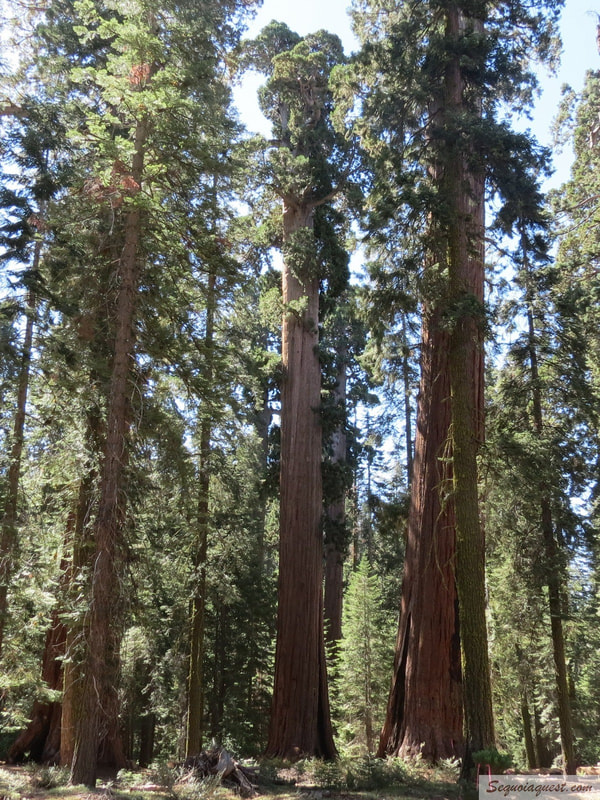 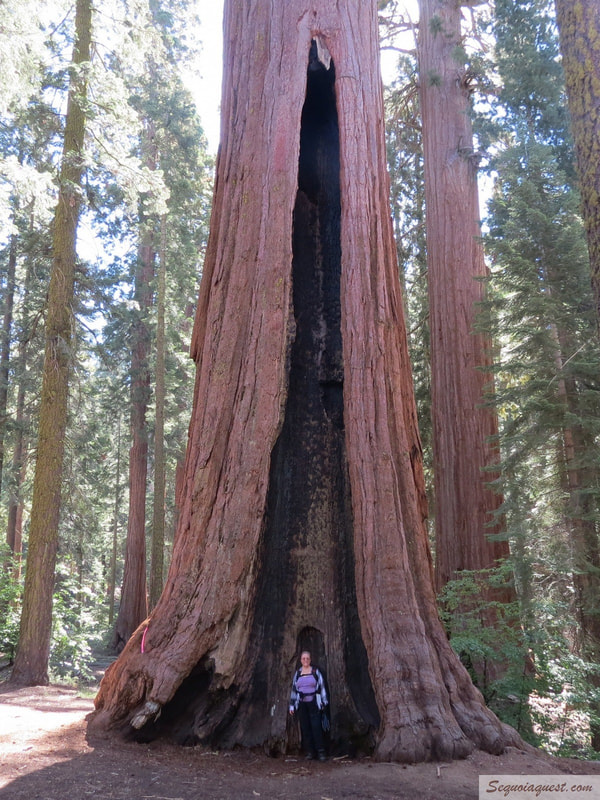 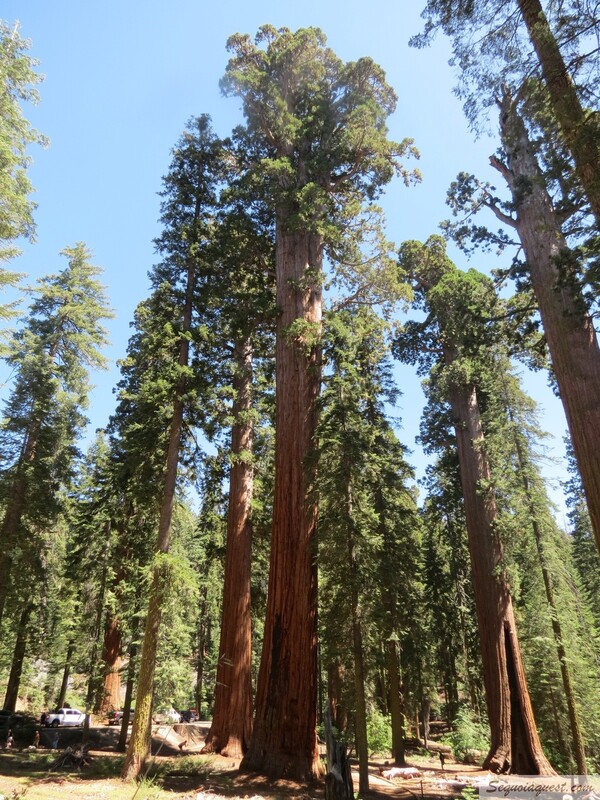 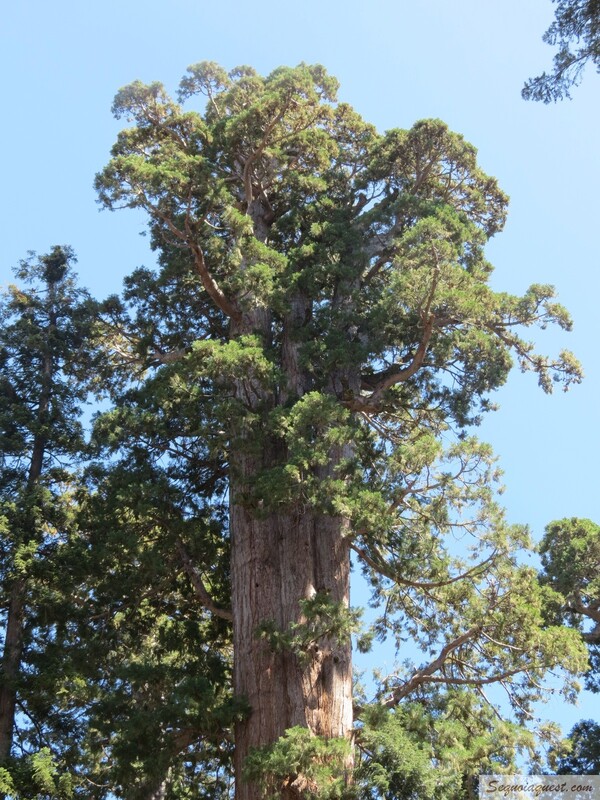 Trees below are the Big Base Tree in the first two pics and Humboldt in the third shot. 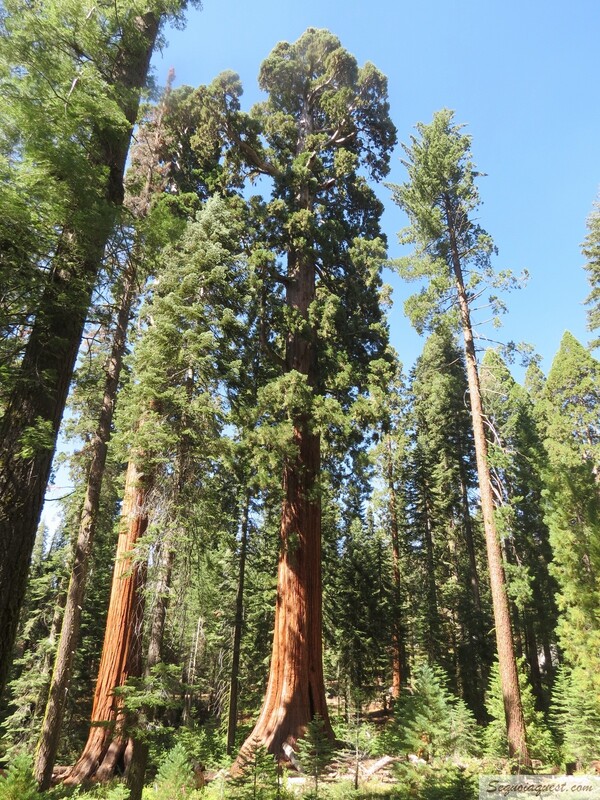 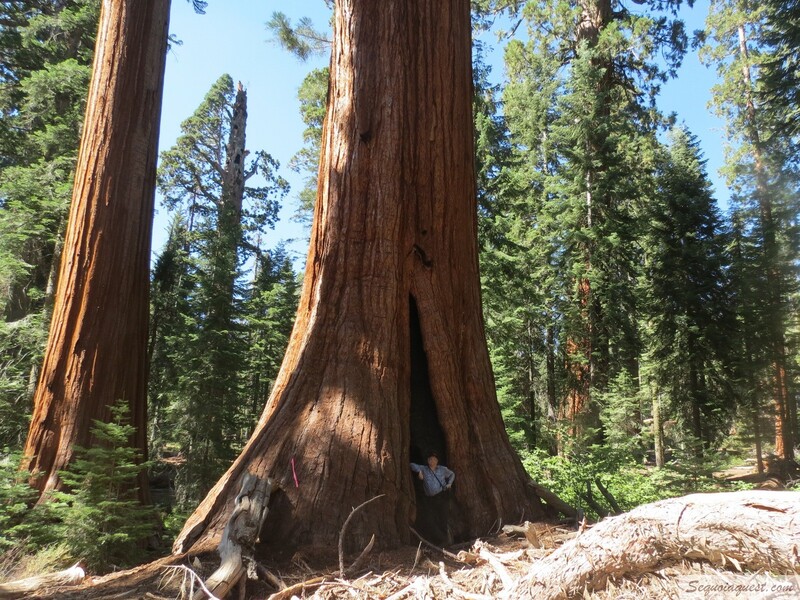 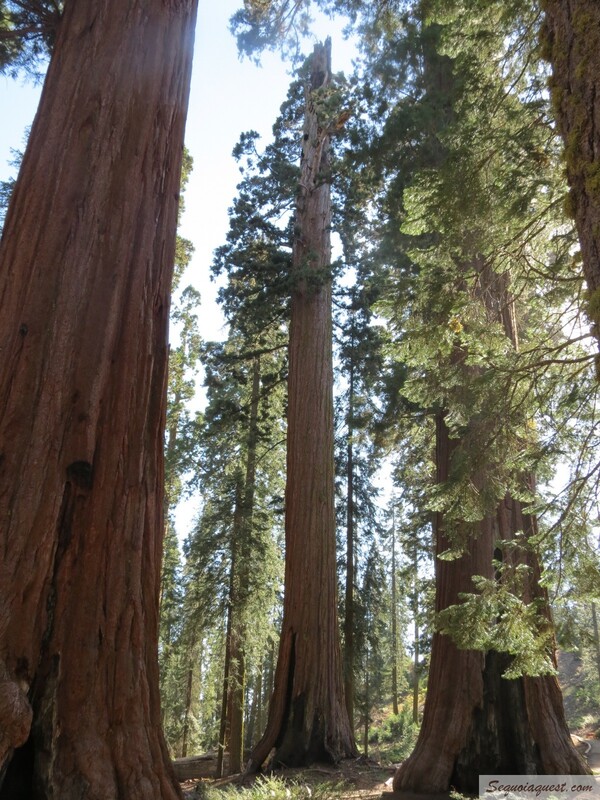 Below is another large one on the loop trail and the B Tree in the upper grove. 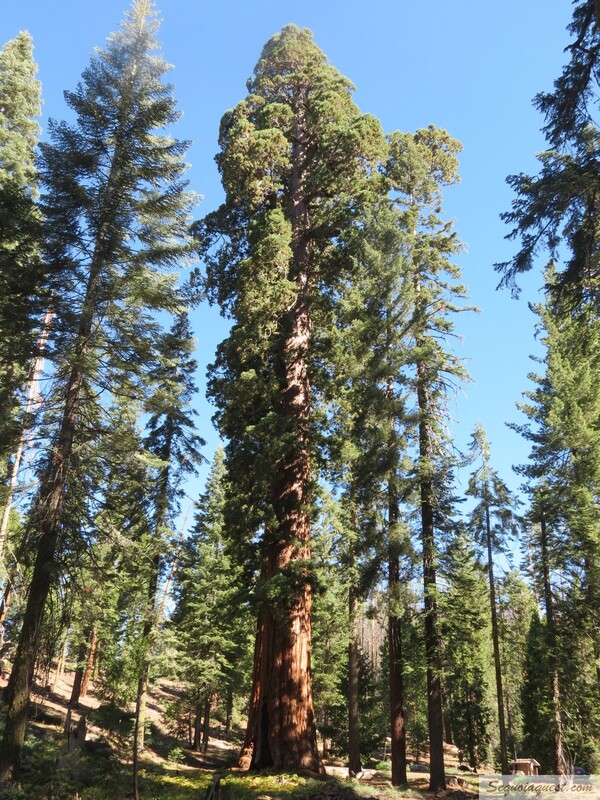 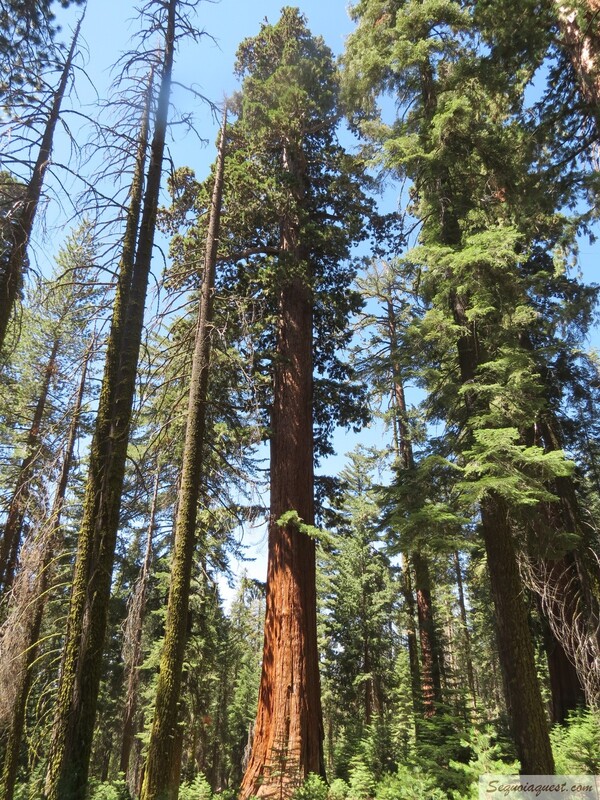 Below are a few shots of the other grove highlights. 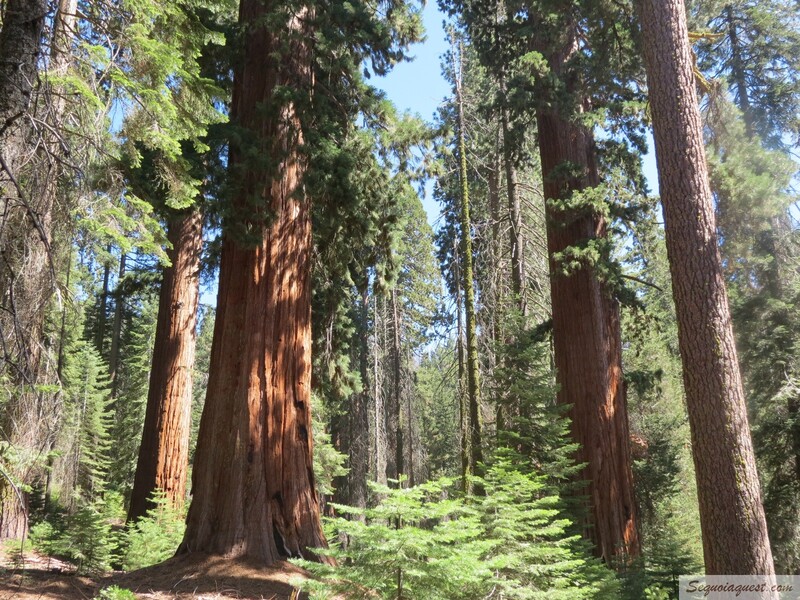 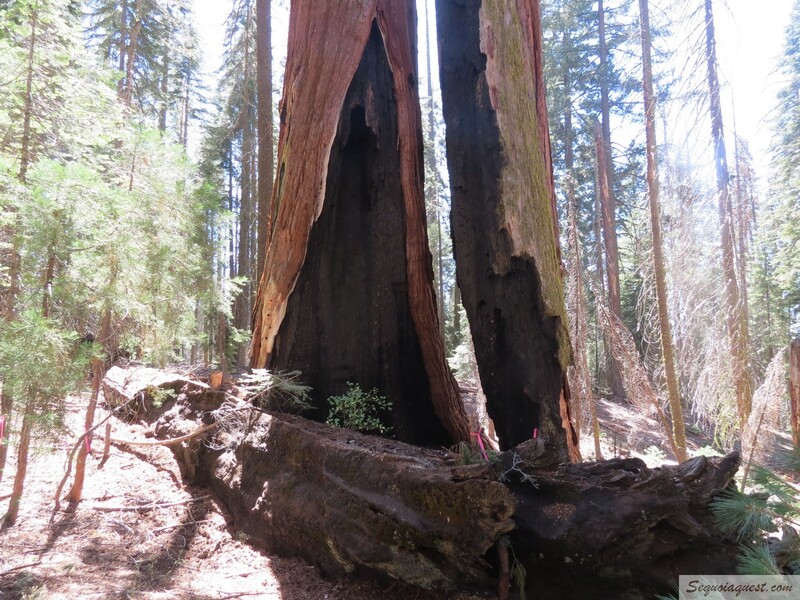 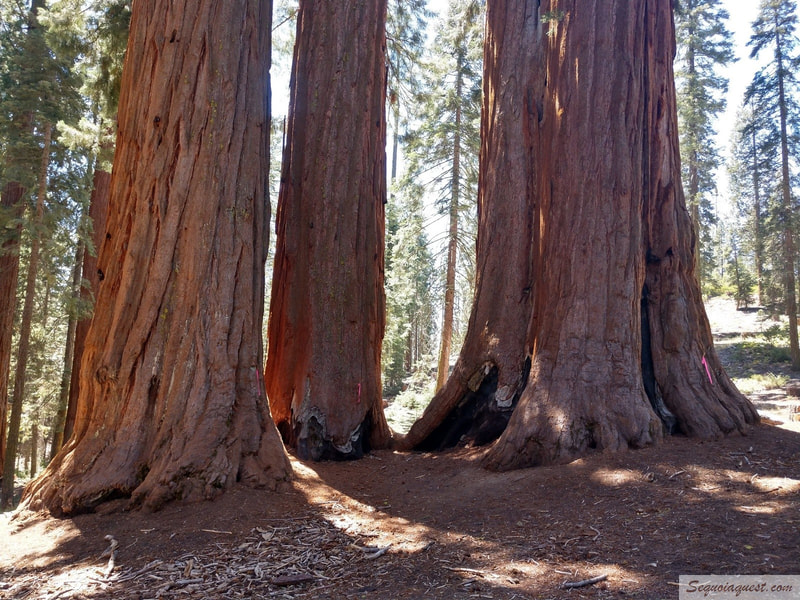