Kathy and I returned to the Giant Forest for the weekend to see if we could find some of the unmarked, off-the-beaten-path trees, including Column, General Pershing, and General Harbord on the west side of the General’s Highway. We started on the opposite side of the highway and headed off the downhill side of the road looking for the Column Tree first because I had a picture of it from Flint's book. I had hand-drawn maps of the location of the General Harbord and General Pershing trees in relation to the Column once we found that.

We had a successful first day of tree hunting, locating all three of them. I was able to verify the identities of the two General trees from dimensions once I fixed their locations from the first one. It was a good day's start already and took less time than i anticipated.

Afterward, not having anything planned but wanting to do something constructive, I decided to see how close I could drive to an area that had some other sequoias we wanted to try to find. When the road became too rough for the Charger, we stopped, had lunch, then turned around and headed back, with plans to return with a rented Jeep that could go farther than Kathy’s sedan.

As we approached a turnout, we noticed a group of hikers loitering around their parked vehicles. Now, I’m not normally the type to stop and talk to random people on the side of the road. However, something told me this group was probably chasing the same game I was. So I pulled over and got out.

Sure enough, they were big tree hunters just like us. One couple owned a cabin in Wilsonia and had seen nearly as many of the local giant sequoias as we had. A lively and interesting discussion ensued. Have you seen this tree? Have you been to that one?

At one point I went to the car to get Flint’s book. When I came back, my new friends’ eyes grew big. “Look! He has the book!” Turned out they owned two copies of it—one marked up and the other still in pristine condition.

Never have I seen a friendship develop faster. They invited us to bunk in their spare bedroom the next time we visited the area so we could go on hikes together to our beloved trees. We’ve been to their cabin a few times now, and we all enjoy telling the story of how we met on the side of the road and immediately became the best of friends. 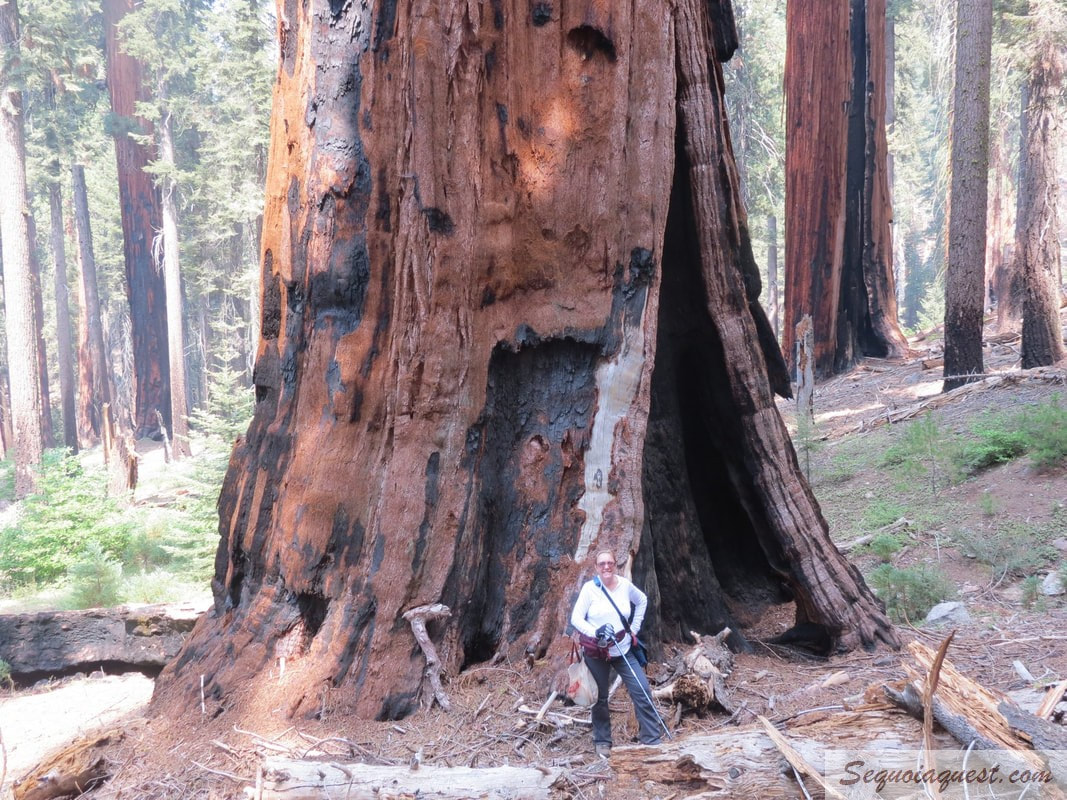