The Hazelwood Tree is 23.5 feet in diameter level at the high-side ground and 229 feet tall. Badly abused by Mother Nature with a near-fatal lightning strike in 2002, this tree has just a small amount of new foliage at its top. It was formerly the 17th largest tree; however, it was dropped from most lists due to the lightning strike and subsequent fires that nearly annihilated it. Although hollow for nearly two-thirds of its length, it seems to still have life sprouting from its upper limbs, so we have returned it to a spot on the list based on our most recent measurements of its volume, ignoring the internal hollows, of course. It remains a testimony to the durability of these giant sequoias. 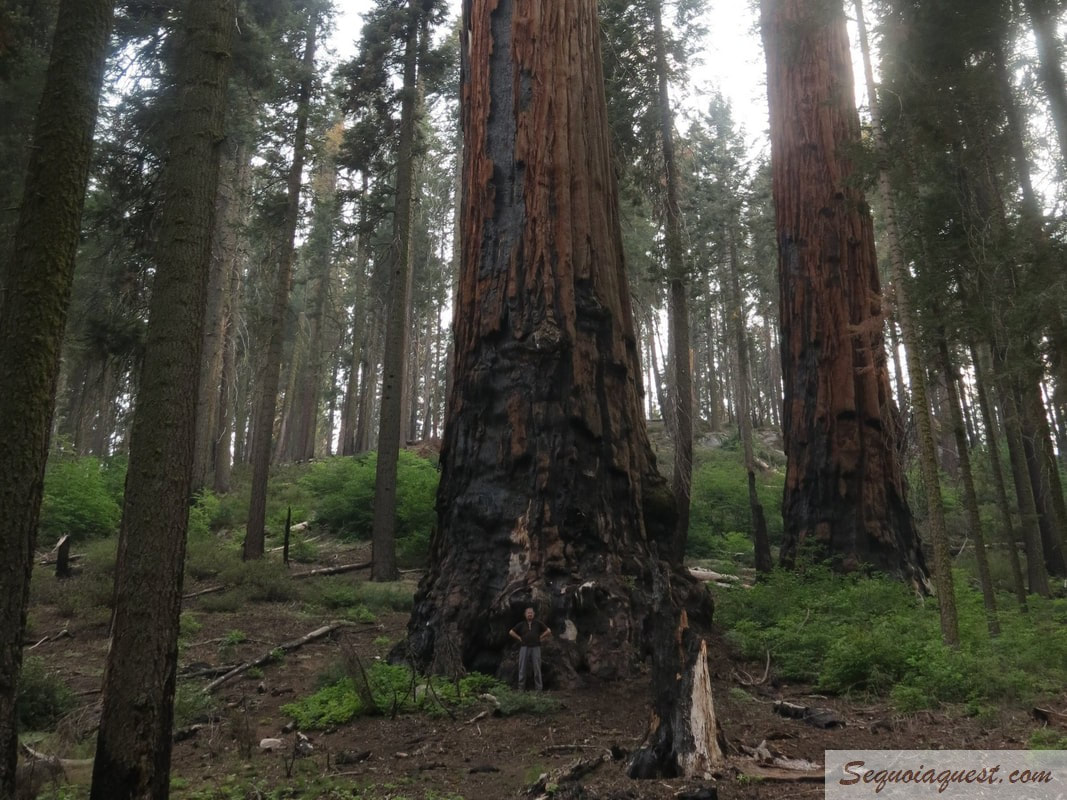