The Grizzly Giant is 29.5 feet in diameter at the ground, 25.5 feet diameter at chest height, and 209 feet tall. In 1859 Galen Clark named this sequoia Grizzled Giant, from which the current name almost immediately derived. Theodore Roosevelt stood for a picture with John Muir in front of this tree in 1903, just prior to the grove becoming part of Yosemite National Park. In 1932 it was measured and judged to be the fifth largest tree in the nation, placed just below the Hart; however, since then several larger trees have been measured and placed above it on the lists, including one other in its own grove--the Washington Tree. Grizzly Giant may not be as high on the largest lists as Washington, but it's difficult to imagine a sequoia with a greater visual impact due to its huge size, forward lean, and multitude of big limbs. It's no wonder that for nearly a century it was thought to be the largest tree in this grove. 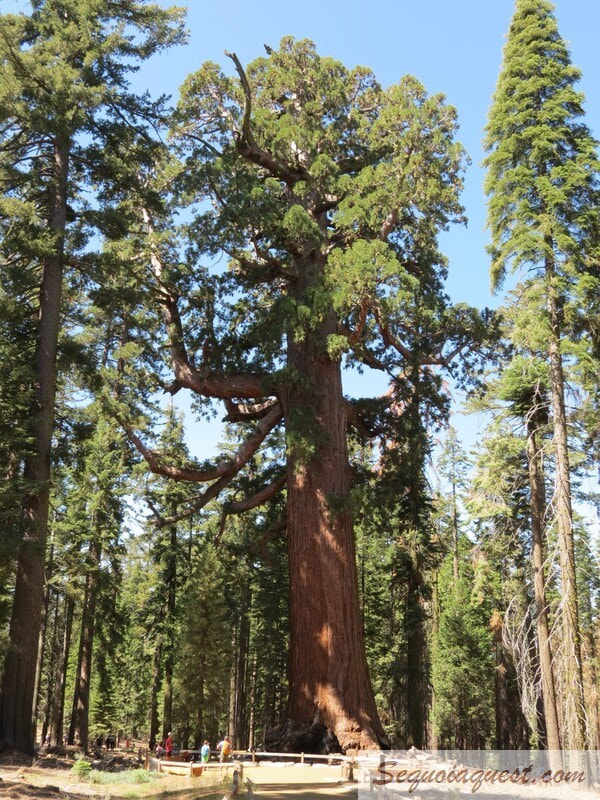