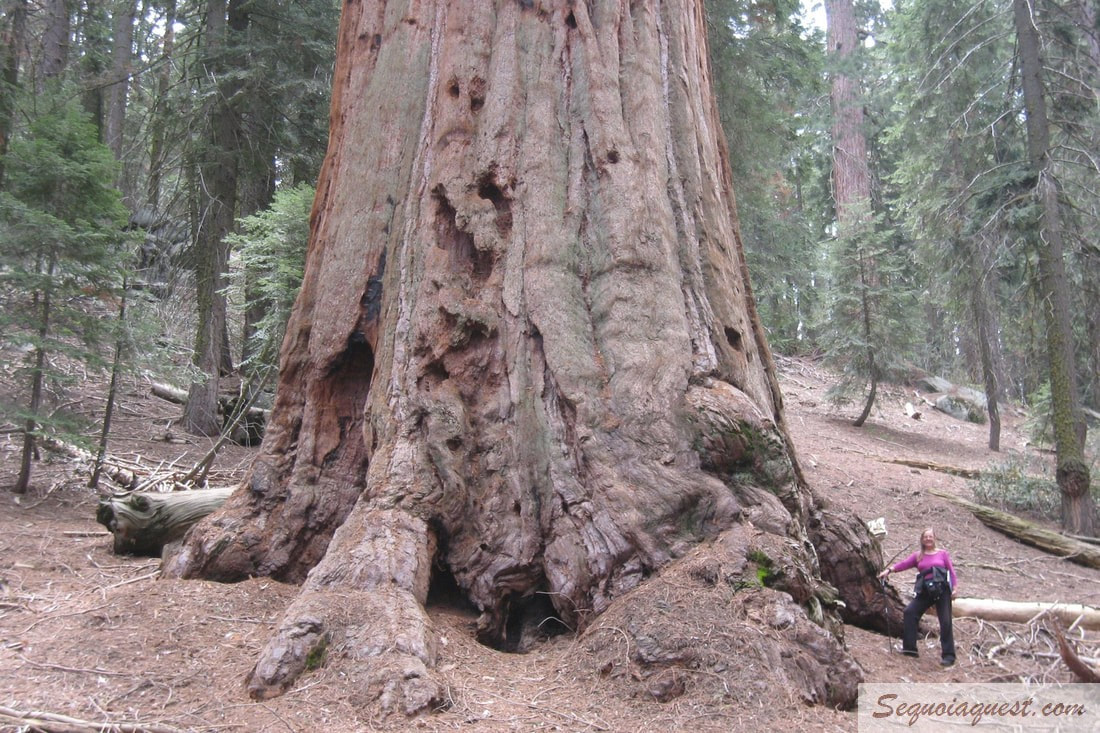 The Ghost Tree is 30 feet in diameter at the ground, 20.5 feet in diameter at chest height, and 180 feet tall. It has a huge base. However, the bole ends at 150 feet, where it has been cut short by lightning; small new leaders extend up from there. If it were complete, it would be a mammoth tree.

Like the nearby Packsaddle Giant and Candelabra Trees, Ghost is not on a trail of any sort; it is, however, an easy walk from the nearest rough dirt road. The Ghost Tree was initially discovered by two separate groups in 1885 and then rediscovered by several individuals who all exaggerated its size. When Flint located it in 1950, he reported more realistic diameters. He measured it for volume several times between 1977 and 1986 to get its true size.
Sequoia Quest