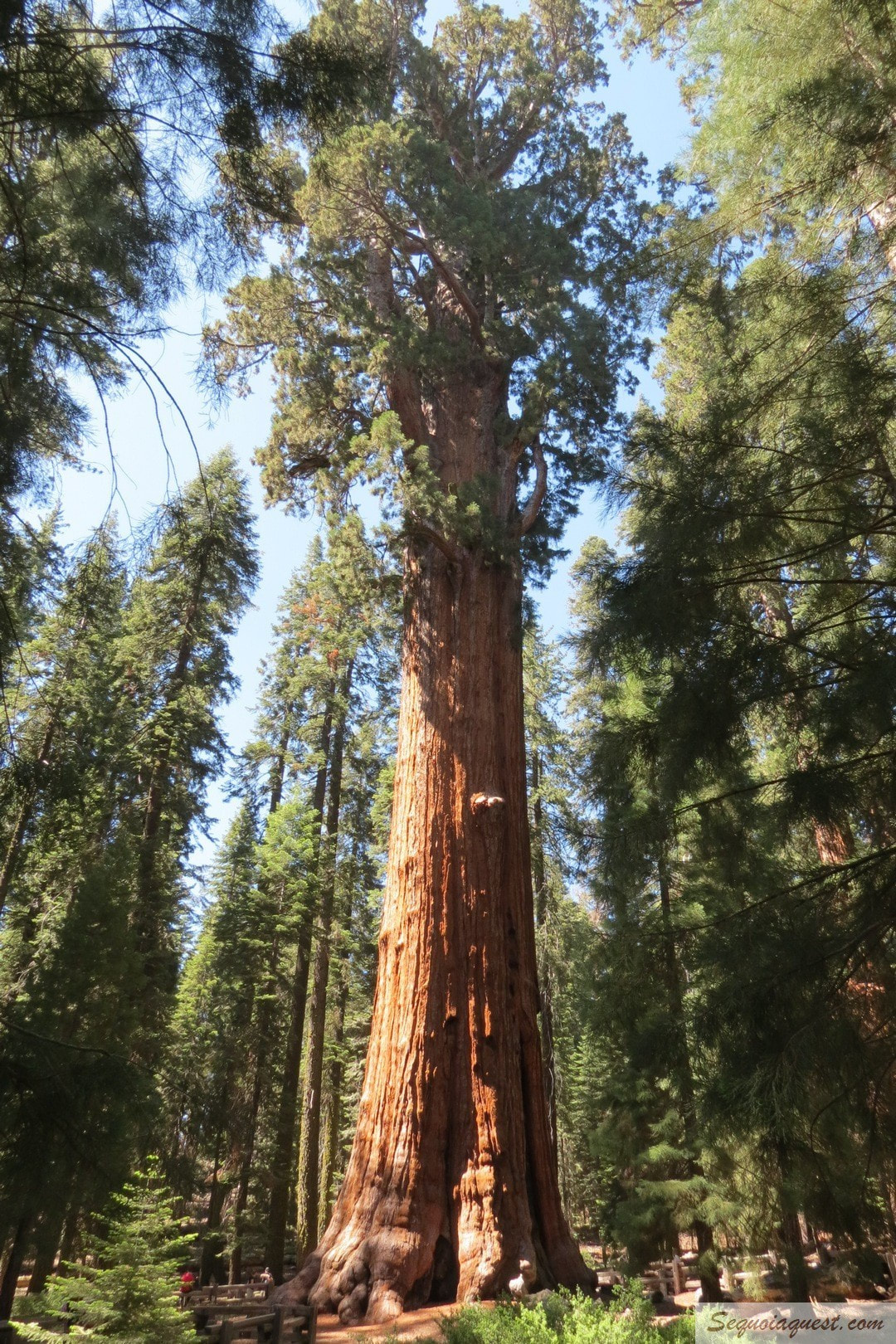 The largest and most-visited giant sequoia, General Sherman, is a reasonably impressive 33 feet in diameter at the ground, 25 feet diameter at chest height, and a better-than-average 275 feet tall. None of these characteristics is the largest by itself; however, they are all in the upper percentile, and coupled with the tree's lack of taper up its bole, they add up to this tree being the largest existing sequoia by volume.

It was named in 1879 by James Wolverton for his highly respected Civil War commander, General Sherman. The tree is located on the General's Highway and, unlike most sequoias, it is accessible most of the year, including winters, except right after a deep snowfall. 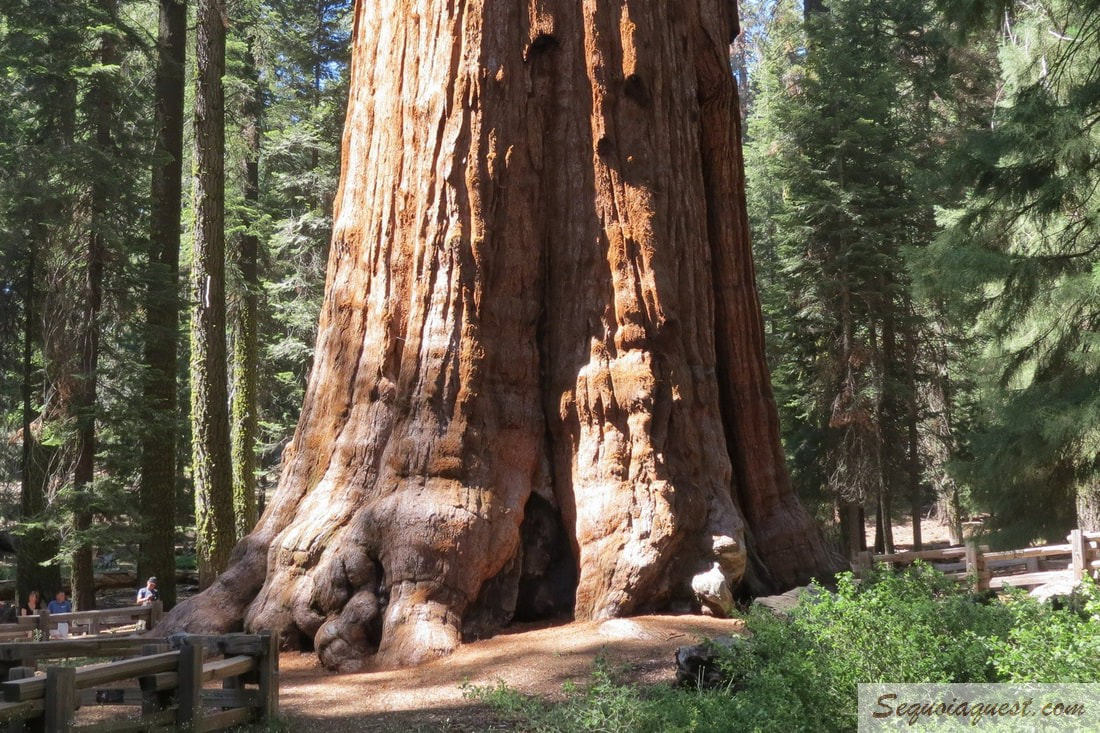