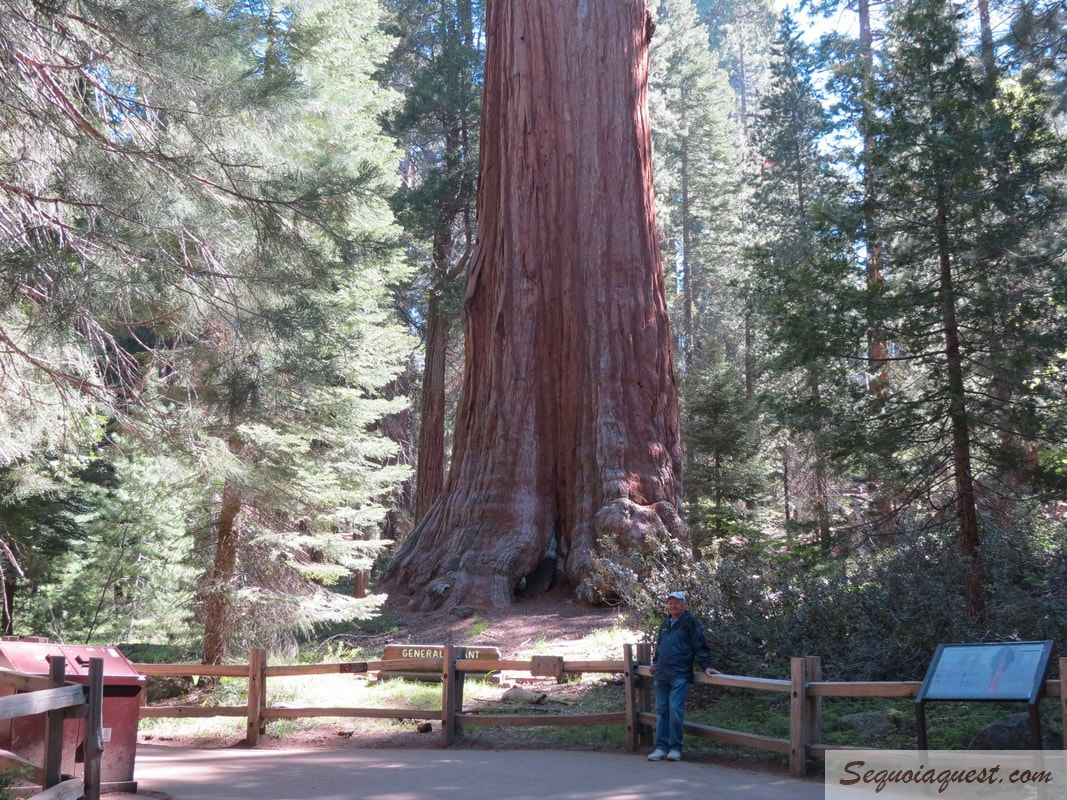 The General Grant Tree is 34 feet in diameter at the ground, nearly 29 feet diameter at chest height, and 268 feet tall. It was discovered in 1862 by John Hardin Thomas, and in 1926 it was named the nation's official Christmas tree by President Calvin Coolidge. In 1956  President Eisenhower declared it a national shrine in honor of Americans in the armed forces who have died for our country's freedom. It has the largest diameter at breast height of any living sequoia we know.
Sequoia Quest