Sequoia Quest
I first saw the Evans Tree from the downhill side and thought it might not be too badly scored. However, if you see it from any other side, its fire damage is clear and remarkable. The base is badly burned, even windowed by fire. The tree is hollow over a significant portion of its height. In the lower-right pic, you can see the pieces of the crown that have come down, reducing the tree's overall height.  Its volume has fallen some since the Rough Fire, but it still has a massive base and feels huge when standing next to it. I took some measurements and will see how much volume is still left, then we'll see where it ends up on the new Largest Trees list. 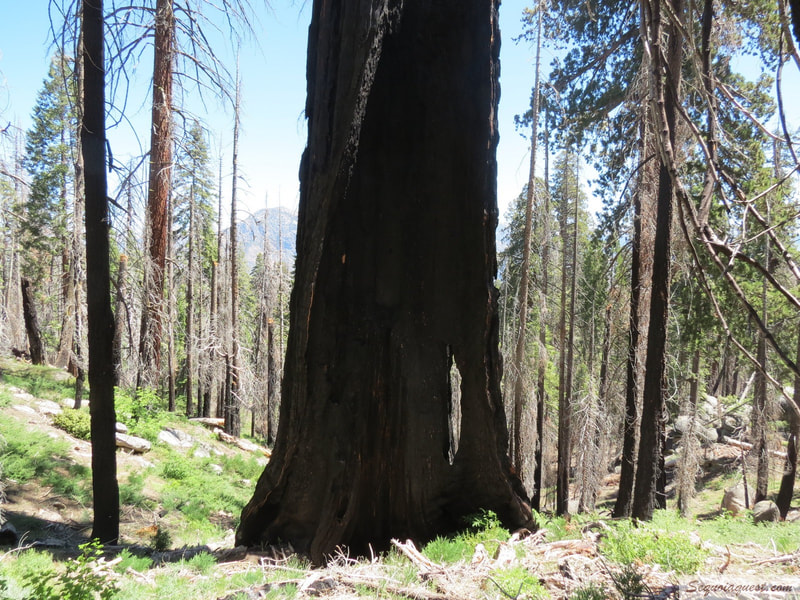 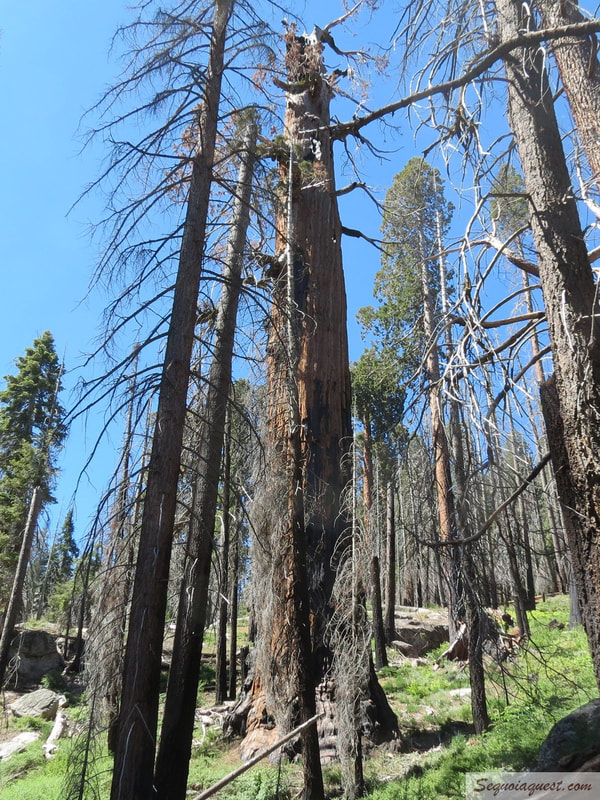 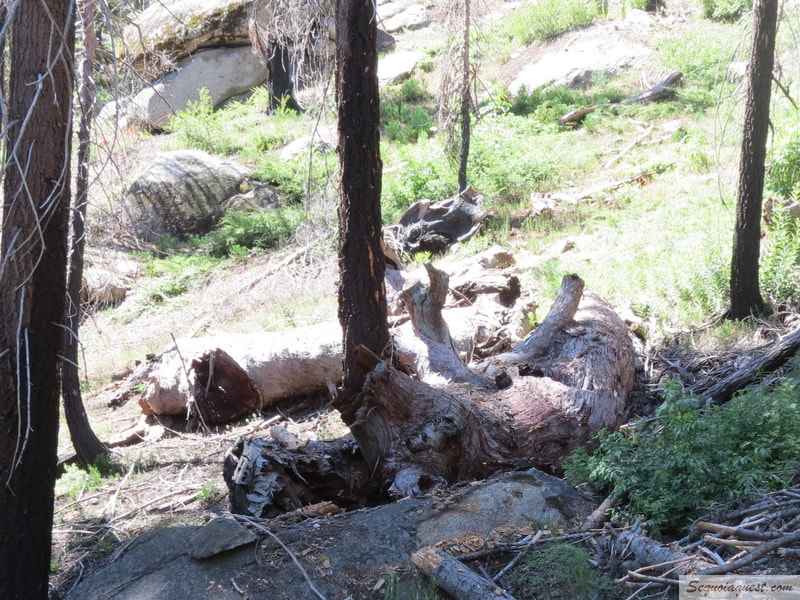 The Flying Buttress Tree is right in the creek, and during some seasons of the year probably has some of the stream flowing through it. Although it's not really a large-volume tree, it has an enormous ground perimeter of 95 feet. 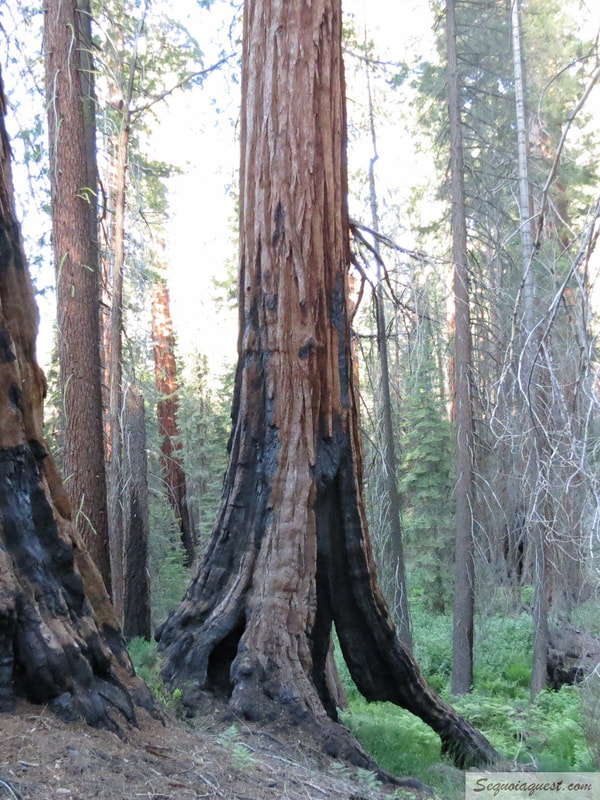 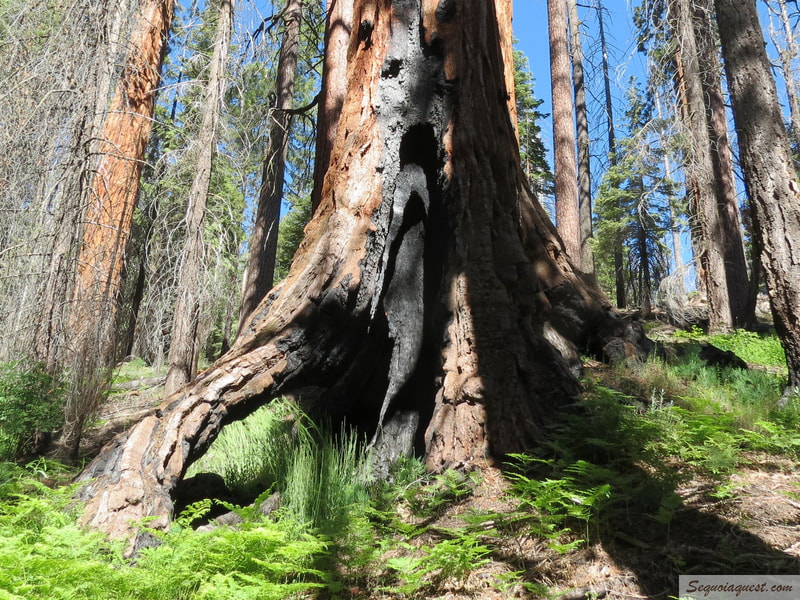 The large tree next to the Flying Buttress Tree is also badly burned. It would once have been worthy of being on the largest list, but now it is so badly damaged that taking measurements on it would be pointless. One side is still producing foliage and has bark, and one side is completely burned away, making it a two-faced tree. 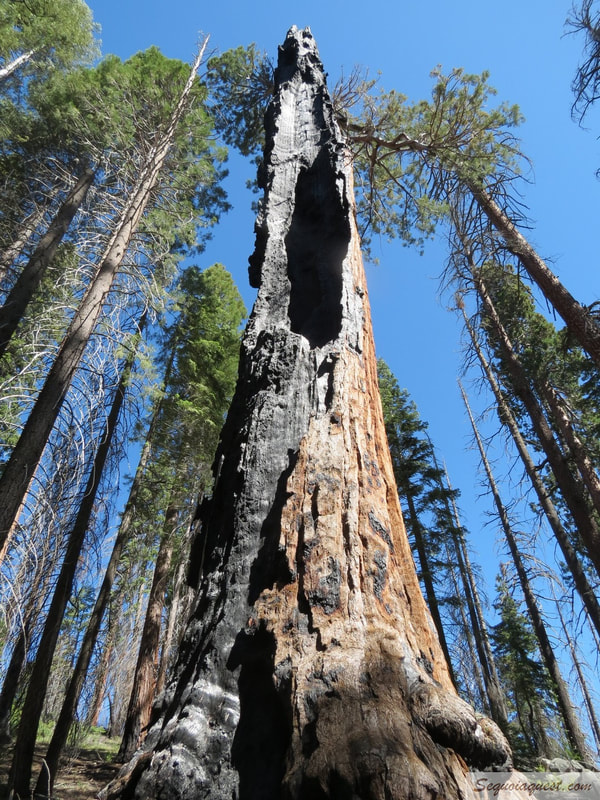 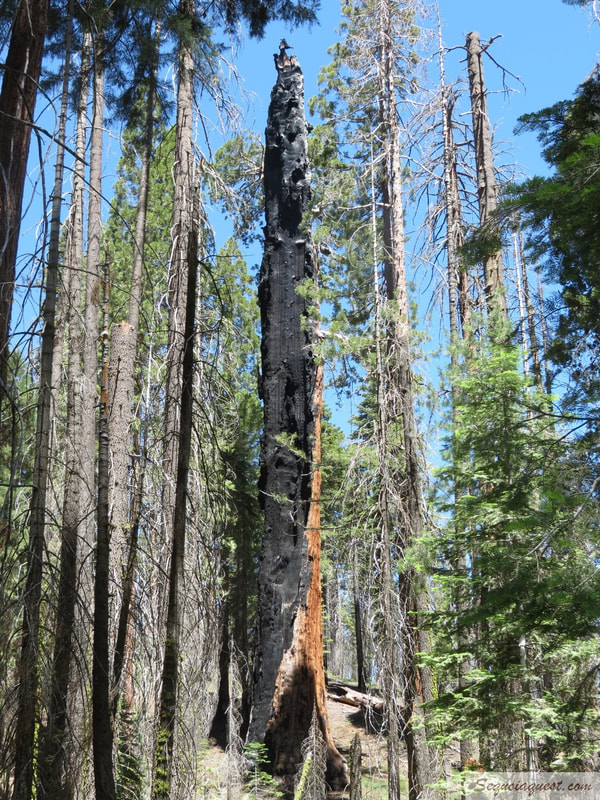 There were a lot of large trees in this grove, most with burn damage but a few without. Compliments of the burn a few years ago, a lot of youthful sequoia are coming up as new ground cover. 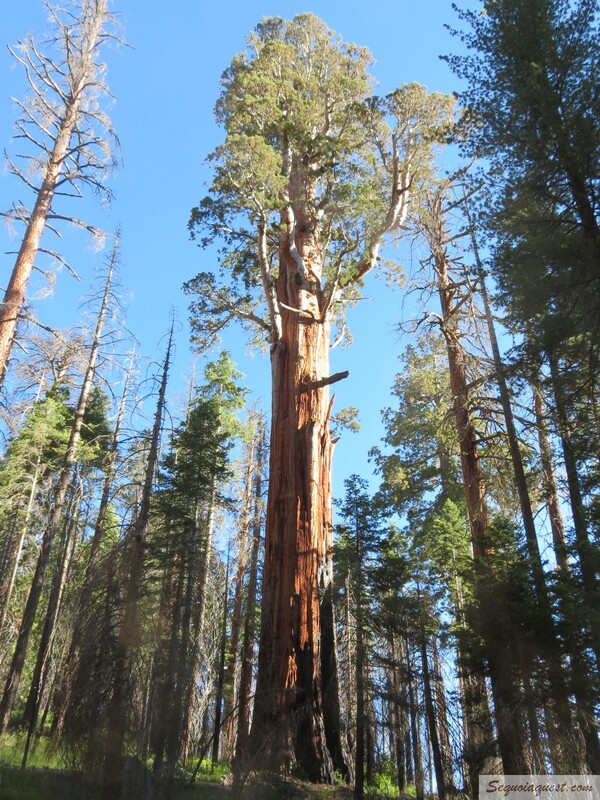 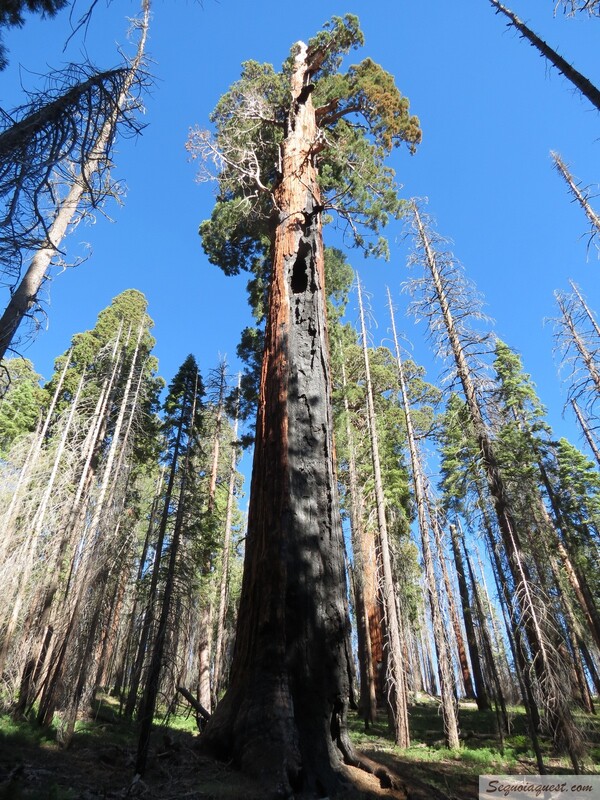 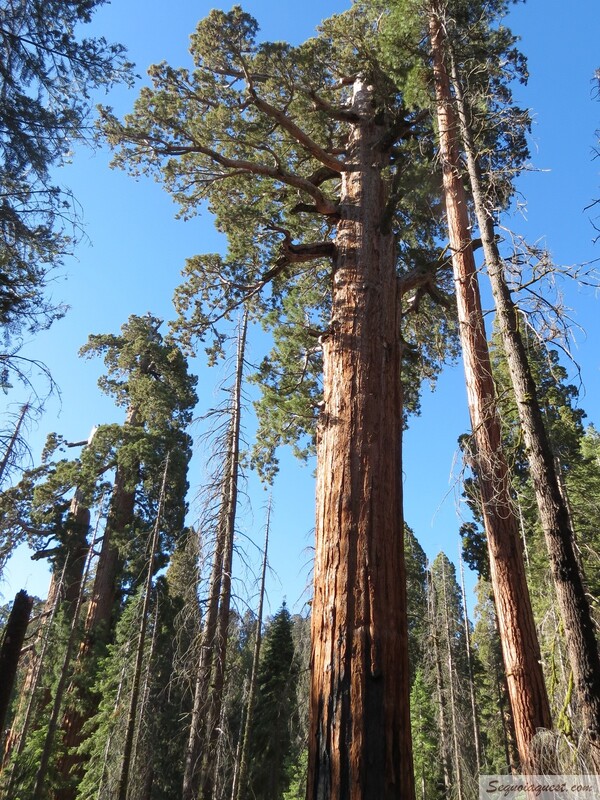 One unique and interesting tree I saw was practically a sequoia candelabra. 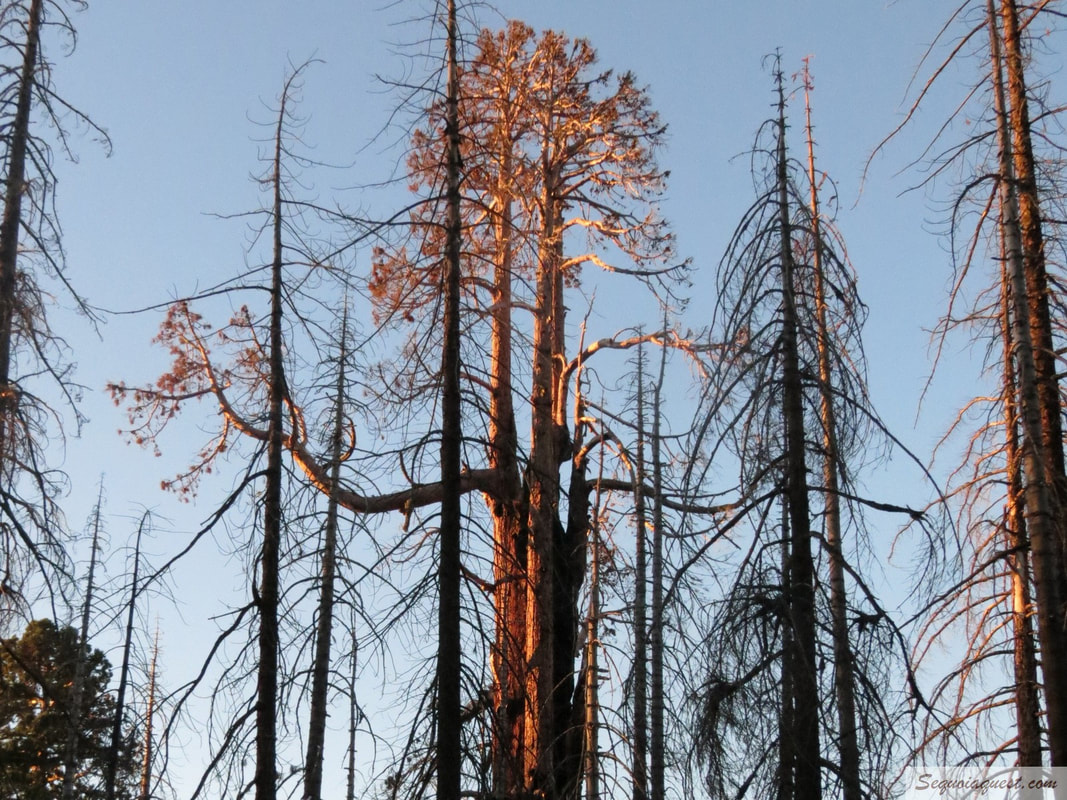