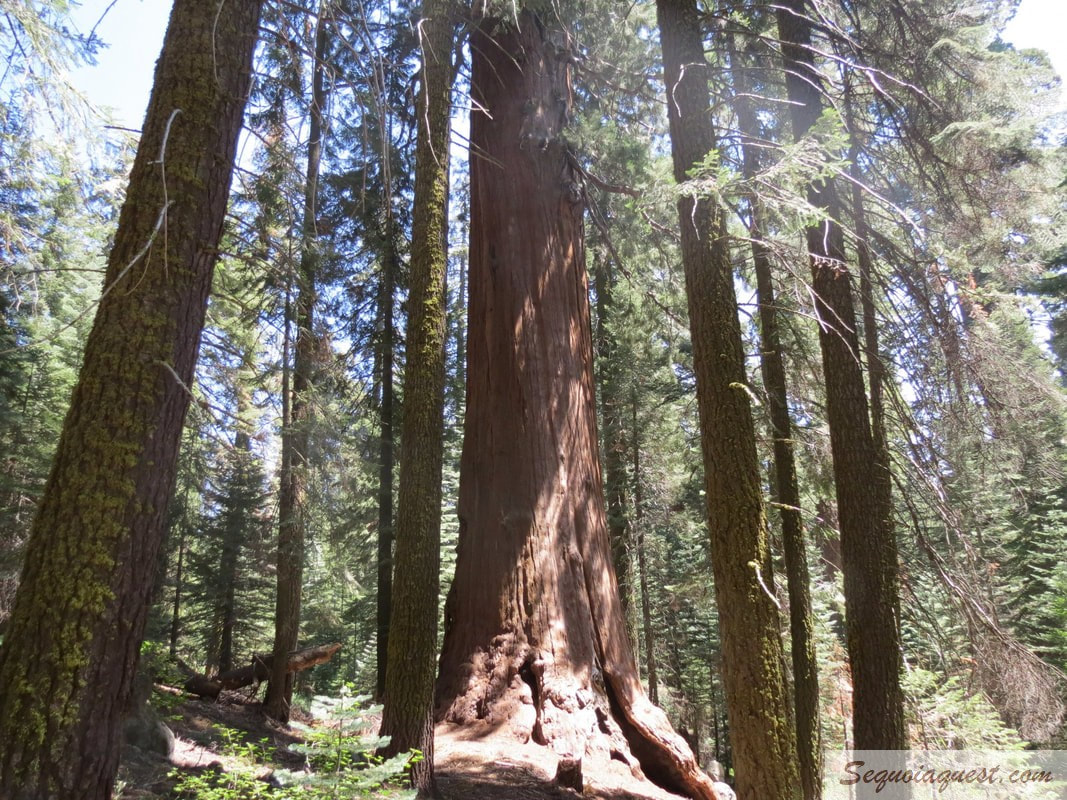 The Bannister Tree is 33 feet in diameter at the ground, 22 feet in diameter at chest height, and 195 feet tall. This tree was discovered in 1926 by A. W. Bannister, who may have seen it before it lost its top third. He reported it to be 300 feet tall; however, the Bannister Tree has had top damage that shortened it, and as you can see from the pictures, it still has a cavity up there. Alternatively, as Flint might say, Bannister was just a "fisherman" and exaggerated its height because that's what he did with the diameter.

Bannister's original name for this tree in 1926 was Sequoi-yah. It has also commonly been called the Freeman Snag, 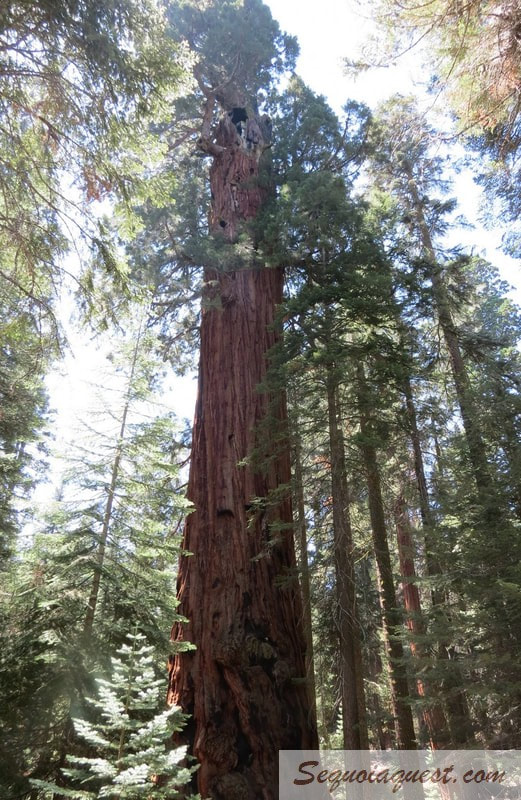 2022 pic, post 2020 Castle Fire and the next two winters during which it lost more of its upper reaches 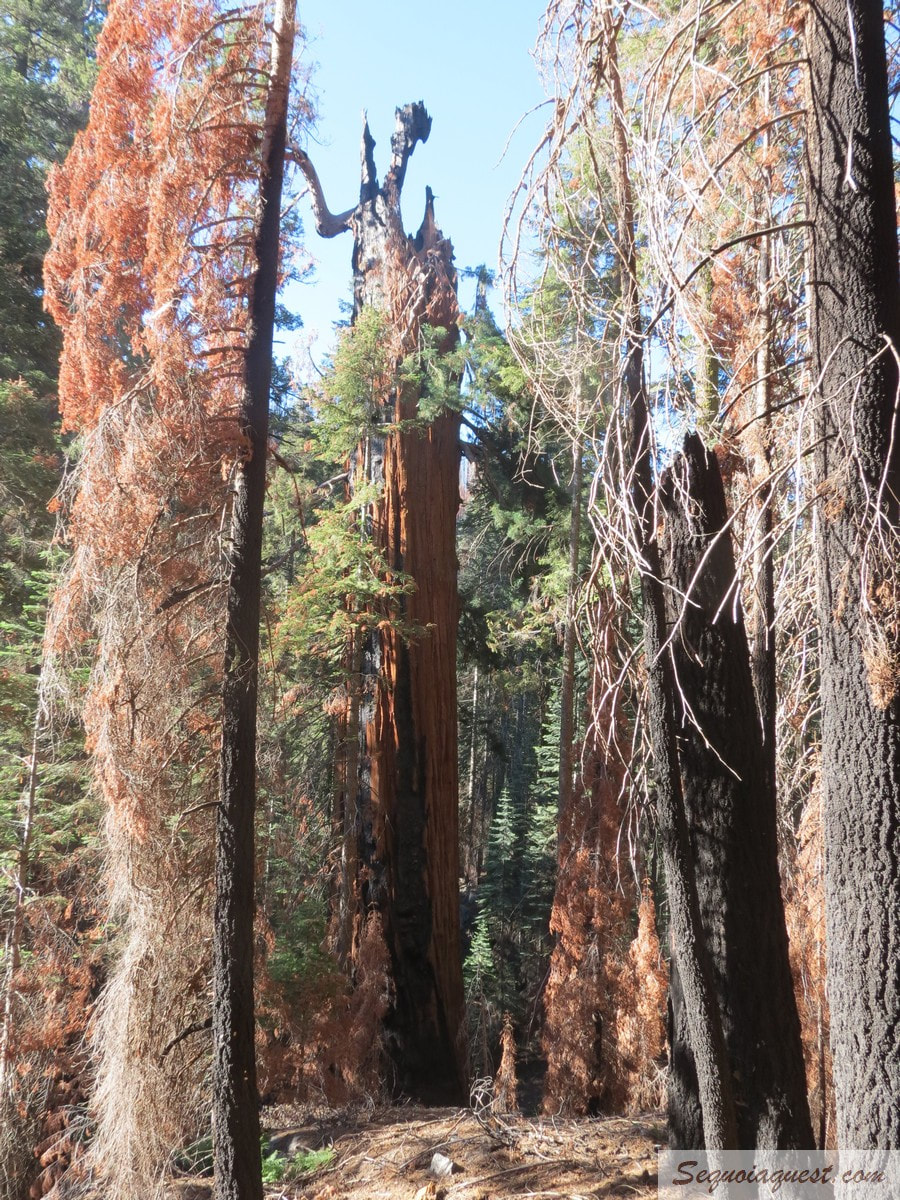