I did a couple of hikes up in Atwell with my buddy John early this season to see the extent of last year's KNP fire damage and found that only the western end of the grove really saw fire, and that was spotty; it got some areas worse than others.  Some of it would be called a good preventive burn, but some was a little heavier and damage was done to some sequoias.  The only really well-known ones that got any significant damage were the Diamond and the Touchdown Jesus trees.

The Diamond got the worst burn. Below are pics of it from all directions. The Diamond looks pretty clean on the uphill side, but the dark triangular burn on the base in the pics is actually an opening to a large burn cavity below and inside the tree. It was also apparently very vulnerable through its namesake tattoo, which is now an even larger burned cavity. I measured the burned area where the diamond used to be and it is about 60 feet high, so slightly taller than the original diamond marking used to be. I measured a 12-foot depth into the tree in the middle of the diamond with my rangefinder. That would be most of the thickness of the tree at that point, so it is pretty cavernous. You've got to wonder how much chimneying it has in its core around that big a cavity. It does not come through the opposite side bark, however.

The Touchdown Jesus tree appears to have pretty bad heat stroke on its right goalpost, but the left looks almost perfect. All of the leaves on its right arm looked heat damaged but not actually burned. Its base does not look very changed; the burn on the upper side is just slightly bigger. I expect both trees will survive.

We will have to keep an eye on Diamond. Hopefully it's still structurally strong enough to bear up to a winter snow load with its new cavities, and hopefully the fire was not hot enough to inhibit its sap's capillary action. We will see in future if it continues to grow foliage up on its crown. It should be evident in a year or two if it has suffered any vascular capability reduction. It's still the Diamond Tree, but now maybe, as my friend Fredrik said, it should be called the "Black Diamond" because of its diamond-shaped burn instead of a diamond-shaped bark mark.

The fire progressed no farther east in the grove than about the area of the Arm Tree. And the Arm was lucky, being poised right at the verge of the fire but entirely untouched. East of the arm no fire damage was evident. The other Atwell trees, like the Tunnel, Dean, etc., were all past the fire's line.
PICTURES
Atwell Mill:   The Diamond Tree post KNP fire burn 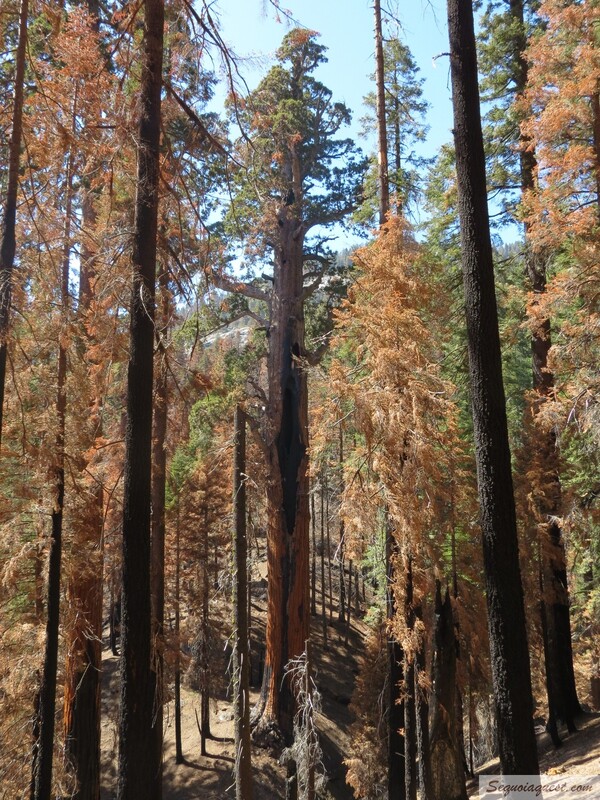 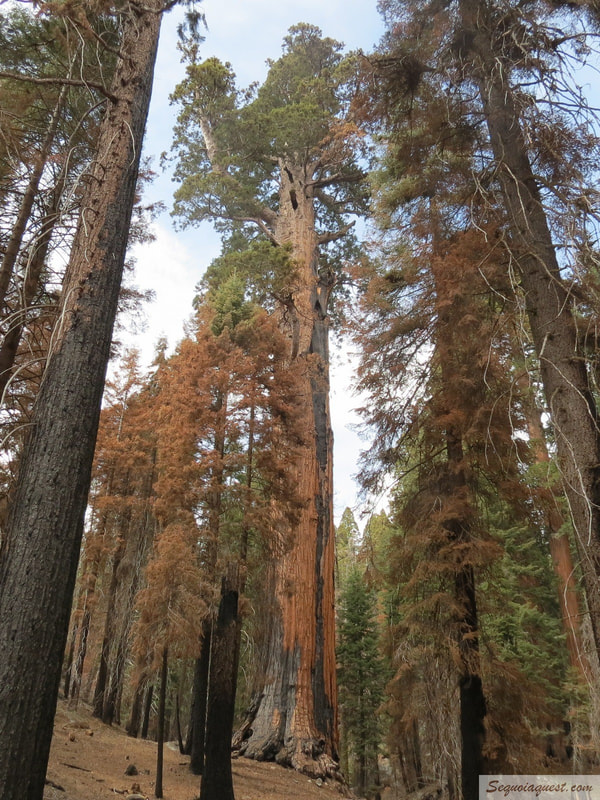 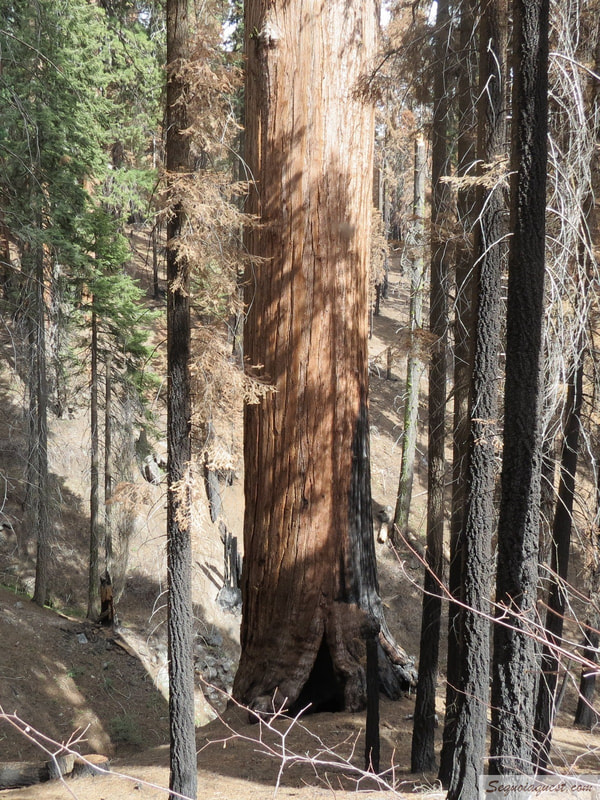 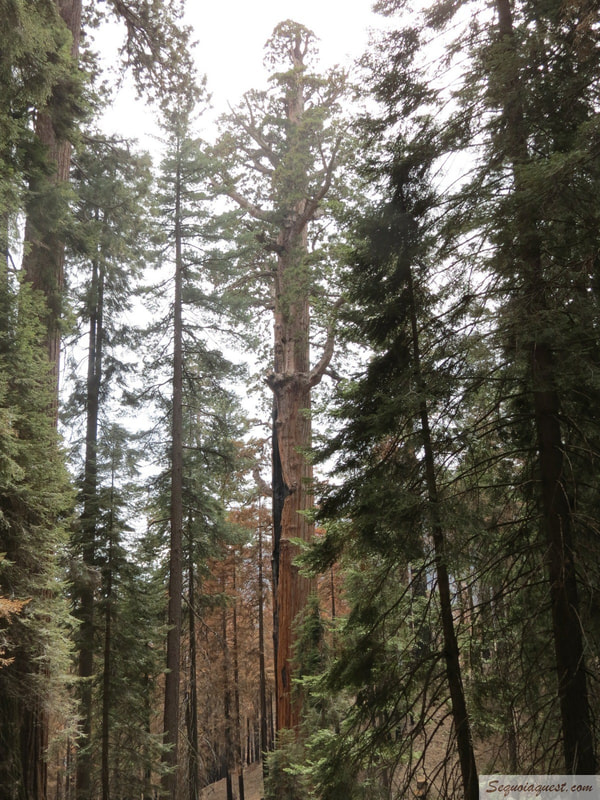 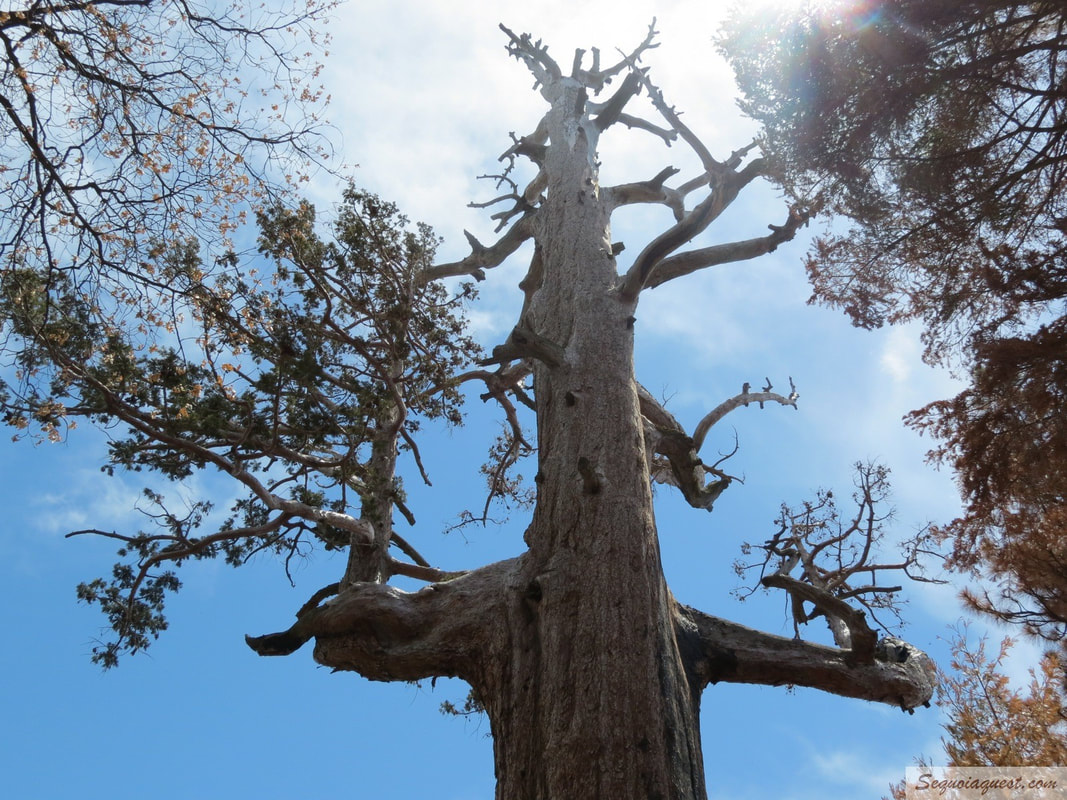