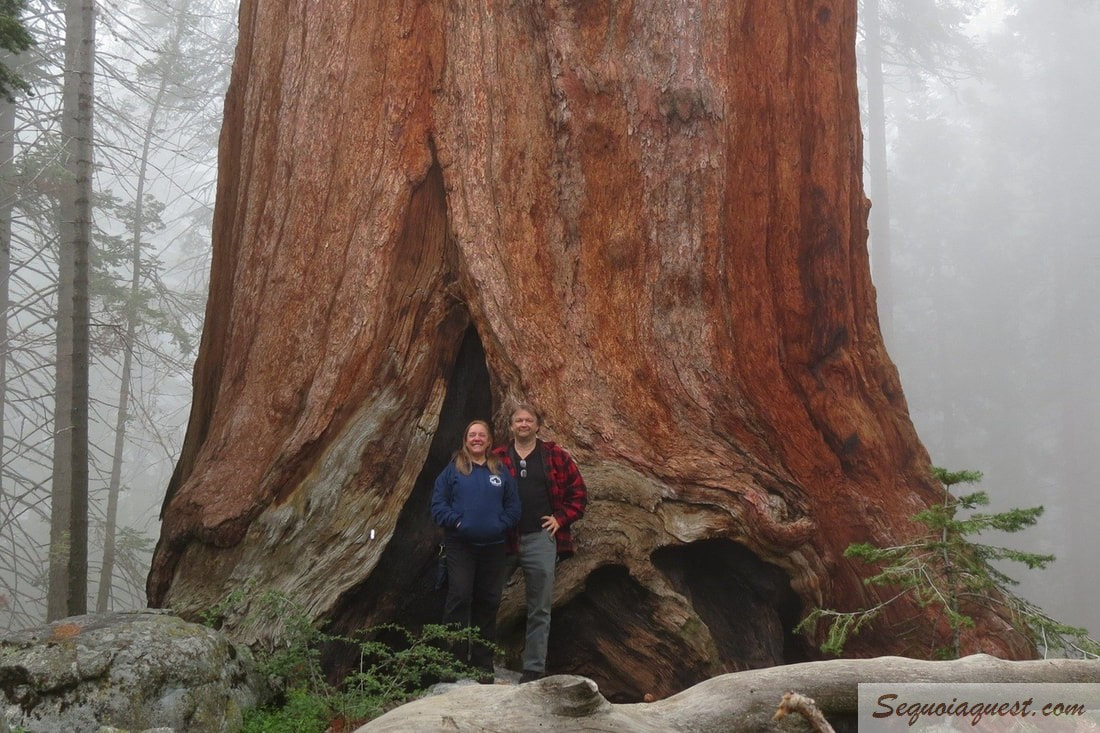 In 2013, while on a vacation to the Sequoia National Forest, we discovered a book titled To Find the Largest Tree, written by Wendell Flint. Originally published in 1987, it listed the top forty largest sequoias—all in California, a few hours’ drive from our home. After realizing we’d seen about a dozen of the trees in Flint's book during numerous family vacations already, we wondered if we could find them all. So we set forth on a quest that led us back to the forests we'd enjoyed previously as well as many others. Through further research and personal explorations through sequoia forests, we discovered still more trees to add to Flint's list.

Along the way to finding the largest sequoias, we discovered countless other beautiful and intriguing ones. Each tree was unique, its shape and features carved by the fires, lightning, and other natural disasters it had endured over its two- to three-thousand-year lifespan.

As we pursued our goal, we connected with other “sequoia hunters,” both in person and through online forums. We helped our fellow sequoia fans to find some of the trees that had eluded them, and they showed us trees we had not yet located.

Richard, whose hobby is photography, took beautiful, high-quality pictures of the largest and most intriguing sequoias we found. A few of the trees that were on Flint's Top 40 list either moved to a different position or no longer qualified, as they had been severely damaged by fire or lightning. Richard obtained and learned how to use the tools necessary to take measurements of trees we discovered that came close to getting on the list, to determine which ones should be added.

Richard has two engineering degrees and currently works in a technical sales position at a hydraulics company. Kathy is a published author, freelance editor, director of two writers' conferences, and owner of Christian Editor Network.

We hope you enjoy your "virtual tour" of these amazing giant sequoias.